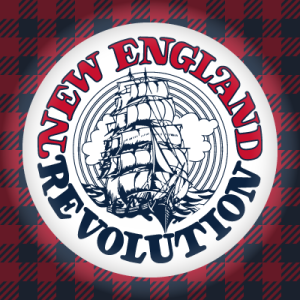 I wonder how the Ref is gonna Fagundez us tonight?

Toronto lines up in a 4-4-2 and in their away kit. Because all red clashes with navy and white. Sure. New England have Alex Bunbury’s son.

2’ – Lee Nguyen gets a gift from the defenders and breaks in one on one with Irwin, Clint coming up with a big stop.

11’ – Fagundez! Diego fires wide of the goal from distance.

21’ – Giovinco gets stomped on, draws a free kick and fires the free kick well wide of goal.

24’ – Perquis fouls Alex Bunbury’s son with a swinging arm in the face. Leading candidate for man of the match

33’ – decent build up from Toronto has Morrow send in a quality cross into the box and finds Altidore getting up to head the ball just over the bar. And I was about to ask about where the offence was…

36’ – Giovinco absolutely burns Farrell on a gorgeous turn in front of goal, slips on the turf and fires well wide. Seba looks for the carpet to get a booking

42’ – Toronto with pressure in the New England penalty area, Farrell bicycle kicks a clearance which falls to Perquis, and he goes for glory forcing a corner.

Half-Time Mood : more valleys than peaks in excitement. Couldn’t tell if it was boring for parts or if I just need a nap.

46’ – Alex’s kid nearly scores one, but Irwin robs him. What a mess for the opening seconds.

58’ – GOAL – what the hell?!? So New England appealed for penalty, probably legit, from a Moor tackle inside the box. No call, counter attack, Altidore on full speed (which isn’t that fast) gets a quick turn, pokes it into Giovinco’s path, but of power, Goncalves deflection, beats Shuttleworth. Now I need a nap.
TEA TERRORISTS 1, ROBINS 1

75 ‘ – nice cross from New England that skitters across the face of goal, neither Rowe nor Alex’s kid could get to it.

86′ – Giovinco turns two defenders inside out and fires a low shot at a poor angle just missing the far post  Wow.

90′ – Another appeal for a Davies tackle in the box, no call, Rowe gets a shot off, Irwin stops it

90+2′ – Can I feel bad for the Revs?  Asking for a friend… Cross comes in, looks like the ball was out of bounds at the goal line, popped back in, Irwin can’t stop it, Nguyen on the doorstep, puts it in, ref calls it off.

Man of the Match : Irwin. Wrote this at the 57th minute.

Goat of the Game : It wasn’t the most robust performance all around.  Beitashour had just enough questionable moments.

I Am Not The Gaffer But : I feel like Vanney got lucky with Altidore contributing to the goal, but I still would’ve taken him off at half time.

In Case You PVR’d It : Catch the first 15 mins, skip the rest of the first half, tune in around 65th minute and let it run

Wow.  Theft of a point.  That was rough finish… Osorio may have had no options all game, but every pass he made was backwards today… I kinda like Janusz Michallik doing colour on TSN, different approach and very opinionated. It felt like he was giving solutions to the problems Toronto had all game, didn’t do much homerism… New England mascot is Sly the Fox, does he Go All the Way?  so dirty… Johnson had a pile of positive moments, good contributions. More so than the last game I saw (not the Colorado match). Fitting in nicely… I hate to give New England any credit but I kinda like they way they play, Alex’s kid notwithstanding.  They were everywhere all game and didn’t give Toronto much space.