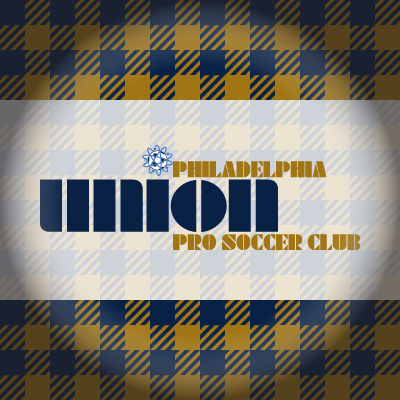 Of course if  they don’t win, then it’s definitely time to look nervously at Orlando, given that the next 3 games are against the tough kind of teams that TFC have not done well against in a long time. But let’s not think about that, Philly are terrible, these 3 points really should be in the bag.

As the title of this gives away, for various reasons, every single one of the Vocal Minority Crew is missing this game. I (Duncan) am at least watching live at home, so it’s me you get for this.

Jackson!  instead of Delgado, that’s a good idea, Delgado has not looked good at right back. Findley again? Sigh.

Good news before the Game as Canada’s under 23s beat Panama 3-1 in Olympic qualifying. So a win against Cuba would get them to the semi finals and a chance to qualify.  3 goals!  All from open play! Craziness.

1: Osorio goes in a bit hard, ref calls a foul, commentators say that’s controversial, nothing in it. Homerism.

Not much going on in the first ten minutes really. Plenty of possession for TFC, no real chances yet though.

19: Osorio has a shot from the corner of the box, misses wide of the near post, but by the game’s standards so far, that’s a highlight!

21: Free kick to Toronto, about 25 yards out, to the left of the goal. Giovinco lets someone else take it.  I kid, of course he doesn’t. He goes to the near post (of course) and it hits the wall fairly high up (of course). Predictable stuff.

22: Jackson has a long shot that comes closeish to being closeish. Not bad I guess.

25: Yellow Card. Vittoria tackles Giovinco, gets the ball, but it’s a bit of a studs up lunge so ref gives a free kick and books Vittoria.

26: Free kick about 25 yards out, to the left of the goal. Almost the exact same position. Giovinco tries the exact same thing, with the exact same result. Surprise! But the rebound comes to him and he gets a shot off that leads to a corner, which leads to another free kick.

28: Goal! Free kick about 22 yards out, to the right of the goal. Giovinco takes it, hits it to the wall side (again) hits the wall (again) but this time the wall had sloppily broken apart and rather than a block it turns out to be a deflection that takes it in at the far post, Blake completely wrong footed.  The goal’s given to Seba. It shouldn’t be, but hey, crank up the hype machine.

Now Philly will have to attack a little bit rather than keep parking their bus, so there should be plenty more goals here.

32: Giovinco chips a lovely ball to the far post, but neither Altidore or Findley can get to it and it goes just wide.

35: Wenger (playing as a left back!) makes Jackson and Findley look silly down our right hand side. But nothing comes of it.

38: Cheyrou with some excellent snot rocketing caught on camera. First notable thing he’s done really.  Which is probably a good thing to be saying about your DM, good indication of TFC’s dominance.

43: Free kick about 25 yards out, fairly central. Giovinco takes it, gets it over the wall this time, and it’s heading for the top corner but Andre Blake gets to the ball to push it out for a corner. Very nice all round really.

44: Findley and Jackson do nice things down the right, cross isn’t good, then Findley messes up a chance, but gets it to Cheyrou who has to fight off Bradley, then shoots well wide from outside the box.

Half Time 1:0 to Toronto. Got lucky with the goal,but deserved it based on their play. Philly are offering nothing at all here. Bunkering, but not even counter attacking well. Perhaps that’s down to Vanney’s tactics, commentators taking about how he was aware of that threat and determined to stop it, and the full backs haven’t been bombing forward as often as they sometimes do, which helps with that. But Philly are crap, can’t forget that part of it.

Sub: Delgado on for Findley to start the 2nd half. Yes Greg Vanney! yes!

47: Cheyrou with a gorgeous pass through a lot of bodies to Giovinco, about 30 yards out. Turns quickly, fires off a hard shot, juuuuuuuust wide.  Very nice.

49: Altidore with a good shot that Blake just pushes wide.  From the corner, Delgado eventually gets a shot off, way too high though.

52: Shot from Philly!  Right at Konopka, not threatening, but that’s their first attempt. Good for them!

Philly with a bit of possession and attacking intent now. Nothing threatening from it yet, but suggests might me more of a game ahead of us than expected.

56: Sub Nogueira on for Lahoud. Philly seem to be somewhat going for it now. hmmmmm

60: Delgado with a shot just wide.

61: Sub Sapong off, Barnetta on. Philly really are going for it here.

61: Bradley with a corner, curves in to the far post, tipped wide by Blake with a couple of players thiiiiiis close to getting their head on it.

63: Goal: Delgado with a cross in to Altidore, who brings it down fantastically after the defender makes an absolute fuck up of intercepting it, then slots a lovely finish past Blake and into the far post. Reds 2:0 Union That should do it!

66: Goal Free kick into the box, Perquis doesn’t get to it, Vittoria does, it bounces off his head more than it being a deliberate header, but it goes in. uh-oh.  Reds 2:1 Union.

68: Barnetta runs at the defence, eventually ball gets deflected just wide of the post. Corner.  Bums resqueakened here.  From the corner, Philly header wide of the near post. Danger Greg Vanney! Danger!

72: Osorio gets the ball into the box, Bradley messes up a shot. It falls to either Altidore or Delgado. Both leave it for each other, chance lost.

73: Aristeguieta gets a shot off, right at Konopka, easy save. And he makes it (shouldn’t take that for granted after last week).

78: Cheyrou gives ball away, leads to Philly shot that was kind of almost close.

81: Delicious dummy from Osorio. Altidore tries to give it back to Osorio and fails badly.

81: Sub Warner on for Altidore.  Good game from Jozy today.

Lot of possession for TFC recently, taking things down a notch, not letting Philly get anything going on the last few minutes. Not panicking. Good to see.

91: Goal Bradley passes wide to Osorio. Osorio crosses low across the 6 yard box and the Philly defender’s attempted clearance is the clumsiest thing you will ever see.  Own goal.  Reds 3:1 Union.

92: Sub Giiovinco off for his own separate ovation. Not sure who came on. it doesn’t matter.

Man of the Match : Osorio continues his recent form, doing a lot of good things, causing a lot of problems, making defenders look silly. Giovinco.ca (h/t to David P Leonard for that one.)

Goat of the Game : Findley.  He wasn’t terrible by any means, but then no-one was, and the difference when Delgado replaced him was noticeable.

Ref Rating : 3 out of 5.  Nothing outrageous really.

I Am Not The Gaffer, But… : Next time start Delgado on the right, he was very good. Aside from that, no complaints really, controlled the game, Jackson looked good at right back.

In Case You PVR’d It : Watch the whole thing.  Not often you get to see TFC completely dominate a team for almost the entire game. 3 goals, decent atmosphere, history (low bar history, but hey, it counts) almost made.

TFC now 8 points clear of Orlando. Would have to lose all 3 (possible) and have Orlando win all 3 (unlikely) to drop out of playoffs.  We’re almost there kids. Almost there. Here’s a fun stat for you though. TFC have 24 points from 8 games against Orlando, Philly and Montreal.  In their other 23 games, they have 22 points.  But hey, beating your direct rivals for 6th is a good thing. Getting the low hanging points is a very valuable skill when it comes to league position, one we haven’t really been able to count on in previous years. As for the playoffs, we did what we needed to do in this 4 game stretch against crap teams to get there. The next 3 games will give us a good indication of what TFC might do when they get there. All against good teams with things to play for, this’ll be great conditioning for playoff type intensity, the schedule couldn’t have worked out better really.

As for today’s game, It looked a little bit shaky for a while after Philly made some subs and went for it, but eventually we snuffed that out, and really that was about as comfortable as you can get. Very good performance.  Now we sit back and cheer for a tie in the Orlando/Montreal game.

EDIT: Orlando beat Montreal, so it’s not official yet. They’re now 5 points back with 2 games left, so they have to win out, and we have to lose out. Never happen right? Orlando now have to play NYC and then Philly. TFC have to play the red bulls, Columbus and Montreal. It’s plausible. It’s plausible.