Posted By Mark Hinkley on May 13, 2017 in Match Previews & Reports, Uncategorized | 1 comment 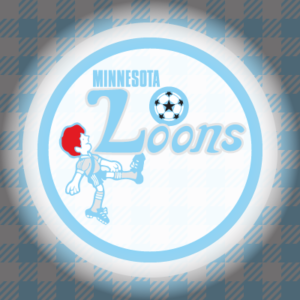 Five wins in a row. Hell, I’d have been thrilled with 2 points from the last two games instead​ of all points. Well done.

We’ve learned a few important things from the last few games : the Robins have deep depth and Vanney is more tactically astute and flexible than previously imagined.

Though Minnesota has shored up the defense, I’m banking on them collapsing and it being a bit of a goal-fest this afternoon.  The attack is coming from different directions and goals coming from different players (well, more than Altidore and Giovinco and, yes, I accept that it’s only one more player to that list, but it sounds super impressive when I phrase it like that).

18’ – PENALTY – Edwards gets clattered in the corner, ref points to the spot.

41’ – Bradley with a botched pass pack to Bono who needs to shank it out to safety.

45’ – SUB – Zavaleta in for Hernandez. Wow. Vanney genius or Vanney in an elaborate game of football “Truth or Dare” and he keeps picking dare.

50’ – Minnesota on the cusp of collapse as Hagglund gets a header to cross it back to the other side of goal and just out of the reach of Ricketts.

52’ – GOAL – Minnesota counter attack starts with a with a couple of touches, ends up at the feet of Molino, scoots past Hagglund and beats Bono
ROBINS 1, SPARROWS 1

55’ – GOAL – Free kick from the right and Bradley floats one into the box, Mavinga leaps to get his foot to knock it around the post.
ROBINS 2, SPARROWS 1

61’ – Hagglund takes a knock and is hobbling off.

73’ – Scramble. Box. Attempt. Block. Ricketts. Lost it. Got it back. Fired. Deflected. Rolls wide of the post.

75’ – OK, this is some shit… Pretty passing around the box, Vazquez to Altidore first touch blocked by a defender. Rebound out to Bradley who skies the ball.

77’ – GOAL – Altidore just terrorizes two defenders, beats them both, pops it in and finds the leaping header of Ricketts. #altitts *hey*
ROBINS 3, SPARROWS 2

[Stuff happened in here and I may write about it and I might not but it was good and totally worth watching.  You know what… trust me, there was stuff.]

Six in a row. Go figure.

Man of the Match : Edwards

Goat of the Game : Cooper was giving us fits with his “play” in the corner. Don’t know how ineffective he was in the first half, but the second half… Brutal.

Ref Rating : 4 out of 5. Nothing questionable but I didn’t see the Minnesota penalty

I Am Not The Gaffer, But… : I’m confused. It worked but confused.

In Case You PVR’d It : yeah watch it.

We collectively struggled to say nice things about Bradley’s game. Often in the right place but his passes were suspect and contributions less so… First nice afternoon out at the park. No rain. No threat of rain. At least it wasn’t a night game *glares at the schedule makers*… If Cooper had built up good will, it’s gone and dead in a ditch behind the Food Building. He’s a veritable dead end when it comes to playing the ball back into the centre of the pitch. But full disclosure, if his last calamity where he lost the ball twice yet got it back resulted in a goal, I’d have gave him a 10 and Man of the Match honours… Inspired by our neighbor’s cute baby, we are in development of a line of baby supporter’s bibs. One says “Get Yer Bibs Out For The Lads” and the other says “Drooltras”. Look for our Kickstarter coming soon… CP24 had a flag at pitch side, waving it amongst the south stand supporters.  I suppose we’re not the ones they’re trying to impress as it was lame… Coming up with an in-report nickname for Minnesota, we’ve decided to rebrand the entire league ornithologically.  Should be exciting…