Posted By Mark Hinkley on May 30, 2015 in Match Previews & Reports, Uncategorized | 7 comments 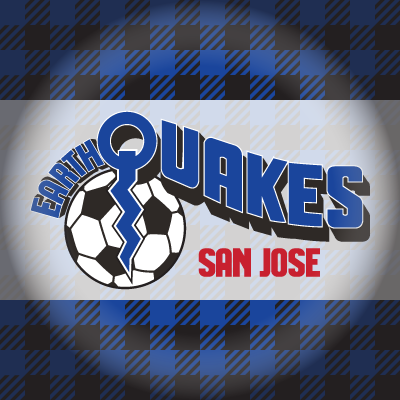 Controversy, DeRo retiring formally (and properly), FIFA corruption, multiple exhibitions, and to come down from an exciting week of Football…

A strong argument could’ve been made to stay home.  Hell, a weak one could’ve been successful as well.  But no, as a junkie, the trek was made from bumblef— Brampton to Exhibition.  Please don’t let this be a day of regrets.

Toronto is coming off of a somewhat cohesive match against Portland and a useless exhibition where, much to our delight, some of the kids shone.  I mean they could never get a real start…  Right?

16′ – Giovinco gets the ball at the top of the box,  sidesteps everyone in a San Jose kit and fires a beauty off the cross bar.

34′ – GOAL – poor clearing by San Jose leads to someone poking the ball right onto Creavalle who fires a low ball into the bottom left corner.  This is cray.
ROBINS 2, CLASH 1

71′ –  GOAL –  Cheyrou loops a stunner to Giovinco in the corner who slides an inch perfect low cross onto Moore who side foots it in.  Not a typo.
ROBINS 3, CLASH 1

76′ –  Bradley makes a massive run into the box, chips the keeper but a desperate sliding tackle from a defender keeps it out.

81′ – Giovinco serves another stunner who finds Osorio who has the keeper beat but fires wide and he cannot believe it. Neither could everyone one the replay.

90+1′ – Giovinco catches the keeper way off his line,  has a blast 40 yards out and forces a great stop from the retreating San Jose keeper

90+4′ – Giovinco free kick from just out side the box and hits the corner of the crossbar.  Oh my God…

Man of the Match that wasn’t Giovinco : Cheyrou.  Or Creavalle.  Doesn’t matter.

Goat of the Game : Not applicable.

Ref Rating : 4 out of 5.  Hardly noticed him.  Was expecting one of the goals to be offside, but, hey, they weren’t!

Kit Spotting : kid in a minor soccer shirt from Guelph. I seeth with jealousy when local kids have nicer kits than Toronto does. Broad red and white stripes.  Total class.

I Am Not The Gaffer But…  : Chapman could’ve come on earlier.  Otherwise, well done.

Half time they played a video highlighting the career of Dwayne DeRosario, which was spectacular. He was a homegrown star in a league desperate for them.  They announced that at 3pm on June 20, before the NYCFC match, there would be a testimonial match for DeRo.  Now I know that historically, testimonials were fund raisers for players that long served the club, and the money raised was through ticket sales.  However, this match is free with the ticket v NYCFC, so out loud speculation is that there should be some buckets for DeRo’s favourite charities or projects.  I have no problem putting in $20 for that.  Also, SELL ME A SCARF WITH HIS FACE ON IT FOR CHARITY TOO! #scarfnerd

If Giovinco had scored, I would have had to come up with a new player ratings system.  He was beyond incredible today… Also, did you see who made the score sheet?  This was almost a night where those invisible or underperforming got on the score sheet!  Luke Moore (invisible), Creavalle (lost but turning a corner) and nearly Osorio (almost doesn’t fit).  My heart did bleed a little for Osorio on that miss… The San Jose kits looked awesome wet.  It looked like a gradient effect from the dark shoulders down to the royal blue torso…  This.  This was a great match.  Sure, rubbing it in to those who may be afraid of some rain, but this was some pretty football. #noRegrets… San Jose were largely non-threatening most of the game.  They had a few opportunities, but very little came of them… Kinda felt Toronto FC ‘Man of the Match’ committee was having a laugh awarding Perquis.  Understandibly, this would become the Giovinco award, but Perquis contributed not as much as others did.  Not sure what they were watching… Congratulations to Inverness Caledonian Thistle for winning the Scottish FA Cup.  Quality match with quality drama.