Home » Malarkey » THE STARTING 11: Occasions For Fireworks At BMO Field

THE STARTING 11: Occasions For Fireworks At BMO Field 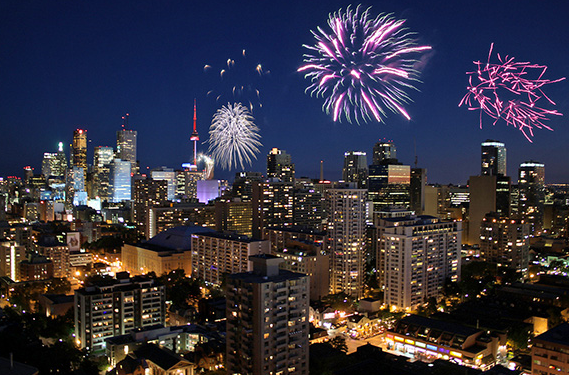 “Oh look, someone down at BMO Field got a yellow card…”

Is there a stadium in all of football that enjoys more useless pyrotechnic displays than BMO Field? Daytime? Sure! Anthems finished? Go to town! In the grand scheme of TFC/BMO Field ills this ranks pretty low but it was during the post-match of TFC’s Voyageurs Cup elimination last week where the ridiculousness of it all came to a head. While TFC did win the match 3-2, they had just been knocked out of yet another tournament and as supporters prepared to shuffle home miserably, they were met with a celebratory volley of crimson fireworks. It seems as if the tricky away-goals rule didn’t make it to the game operations crew on this occasion but not to worry, the list of approved pyro-friendly occasions has now been plainly laid-out for future fireworkers…

10. Another manager gets fired

9. TFC successfully strings a trio of passes together

8. Orlando City loses ground in the “Race For Sixth”

7. Someone re-tweets a picture of Adrian Cann’s abs

5. The midge population gets too aggressive

3. An MLSE shareholder gets their wings