THE STARTING 11: Prior TFC Playoff Highlights

Posted By Tony Walsh on Nov 9, 2015 in Malarkey, Uncategorized | 0 comments 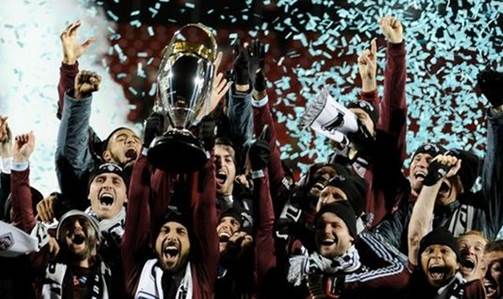 A legacy of post-season greatness

“AT LAST!” was the slightly naval-gazing refrain from TFC brass after qualifying for their first ever playoff berth. Of course the full unedited version was “At last, we can raise ticket prices on you miserable, unwashed rubes!” But for that shoe to drop we had to wait a whole 12 hours after clinching. That’s beside the point though. With TFC brushing away that minor detail of 2007-2014 and “rewarding our loyalty” by being one of the six out of ten of the clubs in the East to qualify, you may be wondering if you missed something. For nine years. Not to fear, here in an easy to read list are all of TFC’s prior playoff highlights – the ones we were apparently not paying enough for…