Home » Malarkey » THE STARTING 11: Things Going Under The South Stand

THE STARTING 11: Things Going Under The South Stand 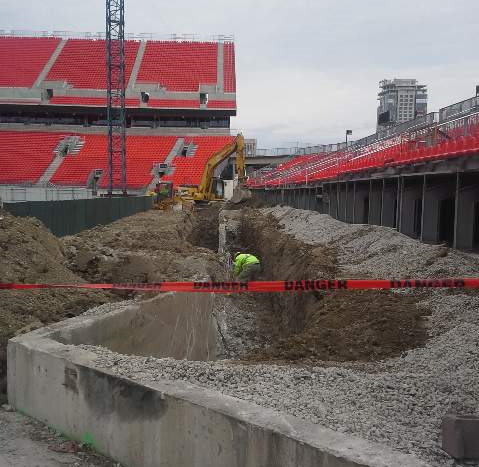 TFC Twitter had a minor breakdown this past Thursday afternoon when the first photographs of the BMO Field South Stand face-unlift emerged. Where some of TFC’s most vociferous support once stood was instead a random pile of rubble exposing a gaping chasm beneath the remaining seats. What could it mean? Who would dare do this? Was this the worst of the feared MLSE-Argos-pandering come true? Meh… most likely just really poorly designed second-rate shoehorning of two sports that shouldn’t share a ground. But what of that newly found space below the seats? Just what could that be ready to house?

8. Foundations for the new South Stand canopy… built entirely from your money and tears

4. The Greg Vanney Center For Players Who Can’t Defend Good And Who Wanna Learn Student Of The Game Stuff Too

2. Someone making a call… from INSIDE the stadium!!!