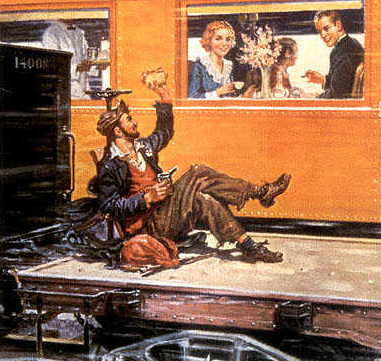 “Oh look Greg, he looks like a decent wide midfielder”

One of the big themes leading up to this past weekend’s match was the amount of potential absences TFC would have to deal with against RSL. Through a dreaded combo of international call-ups, injury, suspension and possibly alien abduction, The Reds were forced to face what will become this season’s demon… depth. TFC are a top-heavy squad but with plenty more absences on the radar in 2015, the club has put some contingency plans in place to avoid major disruptions in the future…

11. Ask Michael Bradley to play five positions rather than the three he usually demands
10. Go back to Chivas USA’s old offices – check to see if there were any scraps they didn’t already pick up
9. Get Jason DeVos, Craig Forrest, Adrian Serioux and Danny Dichio fired from their TV gigs – sign them immediately
8. Start counting Chris Konopka as two men
7. Travel to away fixtures in freight rail cars – sign hobos to short-term deals
6. Sign up the chubbiest Timbits kid after halftime show
5. Send scouts to the annual Vanney family picnic – see if any other nephews look useful during the frisbee tournament
4. One lucky fan in the upper deck gets to exchange those seats for… the starting left back position!
3. TFC III
2. Extra Argos who happen to be hanging around (Effective: 2016)
1. Bitchy the Holding Midfielder