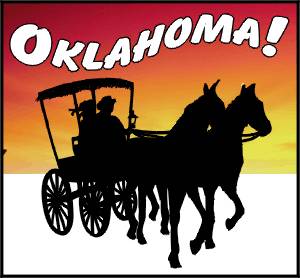 You have died of dysentry. Just a polite way of saying TFC gonna shit the bed again.

What with the trading being taken care of early and nary an exotic trialist rumour to keep us excited over those last couple of weeks or so, the wait for the proper pre season stuff to start has seemed particularly long, so much so we had to talk about all sorts of stuff unworthy of any serious person’s attention, mascots, armbands, schedules, songs, sponsors and all that nonsense. How distasteful.

But tonight, at 7:30 Eastern we get to once again see our beloved TFC’ers old and new in actual footballing action. Theoretically at least. The good news? After it seemed to be in doubt, the game will be streamed, right here on the club’s website. The bad news? Remember how well that site streamed the recent press conferences?  Yeah, I’m not confident this will work well, but let’s put such history based negativity aside and think happy thoughts, of competent streams, run by men, not little kids, that work perfectly.

On to the game and starting with the obvious stuff and there’s very little about this that matters. The result certainly doesn’t, and we probably shouldn’t read too much into the lineups put out there.  I imagine an entirely separate team in the 2nd half, with both of them probably having a mix of first teamers and keen and eager young folk looking to earn themselves a contract with Wunderland AFC.

There will at least be a few things of note tonight, we’ll probably get our first glimpses of our more exotic acquisitions, Sebastian Giovinco and Bruno Cheyrou who can hopefully show off some of the skills we’ve been told about. Hopefully Damien Perquis can do enough here to guarantee he clears the Geovanny Caicedo bar of 45 shit minutes and gone, and move on to the Miguel Aceval bar (No! no, Damien, not that kind of bar!). Jozy Altidore will hopefully get into the game to ease concerns about his hamstring and maybe Alex Bono can show that he should be considered a serious challenger to Joe Bendik sooner rather than later.

We might even get an idea of the formation and tactics that Greg Vanney’s planning to use. Will it be the much discussed 4-3-3, and if so where does Giovinco slot into that, or might it be a 4-4-2 with Giovinco and Altidore (or perhaps Bright Dike for this game) forming a classic little and large partnership.

Many questions are out there waiting to be answered over the next week or so, and whatever the answer it’ll be nice just to be able to watch them play and have some hard evidence. TFC and many observers and supporters have been singing the praises of everything that’s happened this off season, and it’s easy to imagine a newly solid defence, dynamic midfield, and creative attackers. Believe the hype further and they’ll all be playing with purpose, like men, behind their inspirational leader, their grit measurements off the charts.

Been there done that though, fool me once, won’t be fooled again, so though i do think they’ll be better, and can’t really see them missing the playoffs again, I’m skeptical. I would genuinely like to see some things to convince me that this year it will actually go to plan.  But anyway, like I said, whatever happens it’s pre season, best not to jump to conclusions at all.

The other question of course in this one is who are ya? who are ya? etc or if you prefer (and i certainly do) the british version of that, who the fucking hell are you? That one aimed at our mysterious though no doubt hard running, hard tackling, hard kicking opponents the Oklahoma City Energy!

You may not know much about them yet, but fear not, the Vocal Minority’s crack team of fearless fact collectors has all you need to know about the team, and why not the city as well to be well rounded. Enjoy these facts*

The Oklahoma state rock is the rose rock, the beverage is milk (aaw, how wholesome) and the vegetable is watermelon (vegetable? really? huh!)

When visiting Oklahoma City, be sure to check out the zoo, where “The only bad thing is how bad the snakes smell!”

Oklahoma City is globally recognized for it’s research with ants and magnifying glasses (look out Seba!)

Oklahoma City was not named after the state, nor for an excess of oak trees, but rather the musical, replacing it’s original name of ‘Springfield’.

The City/county has a river running through it called the North Canadian River, so safe to say their geography skills are top notch.

Oklahoma City Energy was founded in 2013 by a breakaway group of supporters, as a direct competitor to the City’s original club, Oklahoma City Sloth SC. the Sloth’s lax work rate,  their habit of standing around chatting with a beer and a smoke during the game and the goalkeeper’s tendency to nap at inopportune times led to a long streak of ineptitude and futility only recently surpassed by our very own Toronto FC.

The ‘energy’ name wasn’t actually a direct slap in the face to the hated rivals the Sloth, but is instead a testament to the frantic, never ending yet smooth moves, well known throughout the state, of Club president Bob Funk Jr.

They’re apparently a huge fan of the Rocky movies, as their coach is Brigitte Nielsen!

That last fact’s actually not true, their coach is actually former SKC goalkeeper and noted lego-man Jimmy Nielsen, which is just as good. Their goal song is ‘Everything is Awesome’.

Their logo was supposed to be just a circle/star combo, but the paint ran and the designer was too embarrassed so just went with it.

There you are, now you’re properly prepared, let’s just hope the stream isn’t terrible and we’ll see where this goes. So it begins.