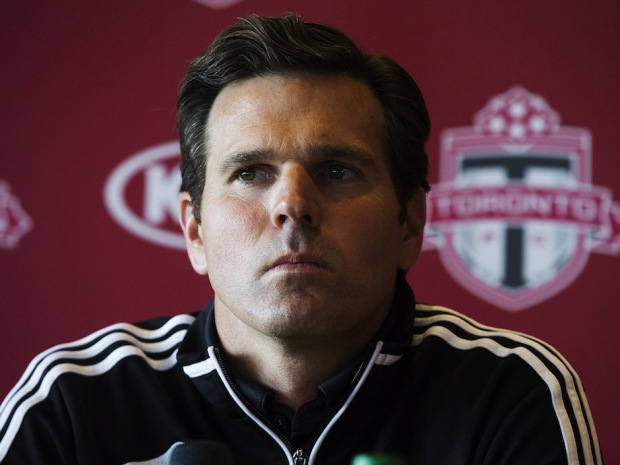 Hmmm, I think I’ve got it. Step 1, Do something bad. Step 2. Implement the obvious fix. Step 3. Sit back and wait for the praise to flow in for fixing it.

Before the Vancouver game, there were 4 things I was mainly going to be looking at as harbingers of good or bad things to come, Jozy Altidore, Michael Bradley, Greg Vanney’s tactics and the Caldwell/Perquis partnership. It was a mixed bag for sure, but I’d say the good outweighed the bad. As with anything, it’s early, one game is way too short of a time to come to any kind of definitive judgement.

My thoughts on Altidore ballooned into their own post, which, faithful reader, you’ve no doubt already read, so now we’ll move on to the others.

Michael Bradley, specifically does it look like he’s going to try and do too much, be the hero, be ‘the general’? I’ve got to say I didn’t really notice him all that much which as far as my question goes is a good thing I guess. Like the whole team really, he looked better in the second half after tactical adjustments led to a slower more deliberate game. He was tidy enough with the passing, definitely contributing towards that first goal, and he and Benoit Cheyrou seemed to do a good job of alternating getting forward and staying back, though often he was once again dropping back to pick up the ball between the centre backs, though that’s presumably more about the tactical plan that any freelancing by him. Having said that, what is part of the tactical plan? If the full backs are bombing forward, it’s be nice if the midfielders can help provide some cover to the centre backs when breakaways happen, and in that sense, they defence was woefully underserved in the first half. Anyway, Bradley wasn’t trying to be everywhere, let’s hope that lasts.

Moving on to the centre back partnership, again it looked much better in the second half than the first. Steven Caldwell isn’t a bad player by any means, but playing that high of a line, with the fullbacks way up the pitch against a team like Vancouver and Kekuta Manneh, was just setting him up to look bad.  And he did. Perquis didn’t look as bad, mainly as the danger was generally coming down Caldwell’s side, but he did do a terrible marking job on Octavio Rivero on that one cross that he missed. In the second half when they got more support, both understandably looked more comfortable, and Perquis in particular looked like a definite upgrade in possession and bringing the ball out. If Vanney continues with what we saw in the 1st half (which wouldn’t be a terrible idea, there were some good things to be seen, mainly going forward, and not all teams would be as set up to take advantage of it as Vancouver were) then Caldwell and Perquis might not be the best way to go, it might be worth bringing a younger pair of legs in. Obviously it’d be unrealistic to expect 34 games out of either of them, squad rotation and some rest here and there would probably be a smart way to keep them fresh. Games against opposition who like to counter and have particularly fast forwards might be a good time to do that.

That brings us to the tactics, and the one narrative you’ll have been reading everywhere is what a great job Vanney and co did to change around the tactics at half time. Obviously TFC did look much better in that 2nd half, slowing down and controlling the game, giving Vancouver less space behind the defence to play all those long balls for Manneh. Well done, but the question no-one really seems to be asking is, why did TFC come out and play like they did for the first half?

I find it impossible to believe that they were surprised by how Vancouver played. Morales long ball over the defence to Manneh or one of their other speedy forwards is what Vancouver do, anyone who watched them even semi regularly last year would have picked that up. Having the full backs go forward and just giving them that space would be suicide. I and many others said that playing that way would be playing right into their hands, surely they knew, and yet they went ahead and did it anyway. Fortunately the other predictable bit of it, Manneh couldn’t score in a brothel, held true. TFC were very lucky not to concede 2 or 3 in that half, from something that was very very foreseeable. They obviously had a plan B ready to go, why wait so long to implement it? But no, the only comment seems to be what a great job they did to recognise the problem and change things around at half time. Baffling.

Anyway, Vancouver didn’t run up the score as much as they could have, and the big money players showed their quality and somehow it was tied at half time. It’s actually more than unfair to suggest TFC’s goal was all about the money, as much as the formation and tactics were responsible for the defensive mess, TFC did some nice things going forward during that first half and it wasn’t just about the DP players. Looking at the goal, and there were some clear tactical decisions that played a part in it. Altidore drifted left and won control of the ball before the ball was passed back via a pushed up high Morrow, to Bradley sitting deeper in midfield. He eventually switched play over to the wing and to Warren Creavalle. Creavalle’s attcking play again had a minor but crucial role, he got the ball to Osorio and made a run further up field to show for a potential return pass. That didn’t come, but he distracted the Whitecap closest to him leaving Osorio to go one on one with Russell Teibert rather than having to battle two players. Then Osorio got the ball to Giovinco and from there it was about the cheque book, good work from Giovinco and a lovely finish from Altidore. The build up was very very similar to the 2nd goal TFC scored against the Costa Ricans. Tactics and patient build up, going through an attacking full back, got the ball to the fancy players in a dangerous part of the pitch where they can do their fancy player thing and cause some damage. Yes the hype goes to the stars, but the first part of it shouldn’t be ignored.

So you can clearly see the benefits to what Vanney’s trying to do with his plan A, though in this game it caused more problems for TFC than it did for Vancouver. Obviously this was the first game, players will get used to it more and gain a better understanding of each other and exactly when to push it and when to be more careful. It’s nice to try and pro actively dominate and control the game as Vanney talks about, but that’s clearly not going to be possible in every game, hopefully there’ll be better recognition of and adaptation to the opposition’s abilities and style in the future. Fair enough, be bold and give it a try and see if it works despite everything you know about how Vancouver could exploit it, but when it’s not working, don’t wait until half time to change things around.

The second half was absolutely much better as Vancouver didn’t do anything and TFC were fully in control, and despite the full backs being pulled back a bit, Morrow still managed to get forward and set up the second goal for Robbie Findley. My favourite part of that goal was Benoit Cheyrou patiently waiting for Morrow to catch up, constantly looking inside, making the defenders at the very least respect the chance that he might pass into the box, enabling Morrow to remain in space to put the cross in. Cheyrou is such a smart player, so far at least he looks like another victory for the chequebook, a good signing.

Overall, like I said it was a mixed bag, we got to see the good and bad of Vanney’s plan A and how certain players can look within it. It wasn’t entirely convincing, at times it was downright frightening, but it was good enough on the day, especially after being adjusted to a more cautious level for the 2nd half, and on the basis of this game the star players have the talent to justify their DP tag and lift the team up. An encouraging start.