Home » Match Previews & Reports » Toronto FC vs Chicago Fire: Can TFC Douse The Fire and Get Back On Track?

Toronto FC vs Chicago Fire: Can TFC Douse The Fire and Get Back On Track? 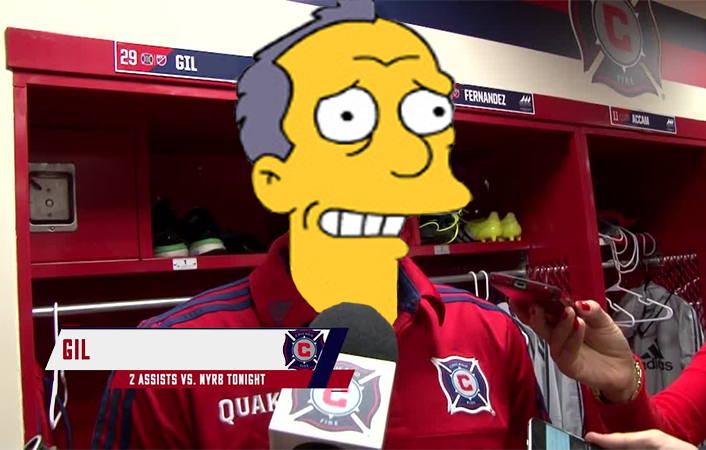 Not since the great fire of 1871 has there been a fire in Chicago this hot (try the veal, I’m here all week).  OK, so perhaps that was a slight exaggeration, but remember the Fire team of last year?  The team we beat all year, the guaranteed three points the Reds took?  Ah the good old days – damn you MLS and your ‘parity’.  Seriously the Fire could not be coming into town at the worst time; well for TFC anyway, as for the Fire they’re probably licking their chops at the thought of a faltering Toronto side.

As we said on this week’s podcast, you can view TFC’s first six games in two ways: they’ve only lost one game OR they’ve only won one game.   Unfortunately the loss has come much more recently than the win, and it’s in the last few games that Toronto have looked shaky.  It’s not just the loss of Drew Moor (who is out for the foreseeable future), it’s more a team that doesn’t seem to be fully clicking.  The good news is that it’s early in the season, Toronto does have time to fix this without it too negatively impacting their season; and it’s also the first game of TFC’s longest homestand of the season (three games) – this gives them an opportunity to take advantage of the comforts of home for a couple of weeks.  The question of course, is can they, will they?

The Fire come into town on their quest to win the World Cup with their shiny new DP Bastian Schweinsteiger in tow, but you’d be wrong in thinking he’s the only reason that the Fire are having a successful (so far) season.  They pulled off the surprise move of getting Dax McCarty from the New York Red Bulls in the off season, as well as acquiring former LA Galaxy midfielder Juninho on loan from Tijuana in Liga MX.  Now that they’ve added Schweinsteiger, they have one of the most formidable midfields in MLS – joyous.

The main issues for Toronto are injured defenders (literally all of their injured players are defenders) and an underperforming Seba.  Chris Mavinga (adductor injury), Jason Hernandez (calf injury) and Ashtone Morgan (still working back to match fitness) all join Drew Moor (unknown heart ailment) on the not available list which means that Greg Vanney will have to press Raheem Edwards into service if he’s going to continue (and he is) with the 5-3-2 formation.  Justin Morrow didn’t acquit himself too badly last week, so there’s potential for them to have a solid performance at the back.   But I hope that Morrow plays a bit more ‘stay at home’ in this one, his forays forward were giving me fits last week.

As for Seba…oh Seba, what’s wrong?  Are you trying too hard?  Are you still thinking about the final?  Strikers are often streaky, and the productive streaks help to offset the fallow times, but Seba seems to be in a bit of rut that extends back to last season.  I’d hoped after he scored against the AU guys that he’d look a little looser, more like he was having fun again, but he still seems stressed.  Now we’ve seen some nice moments between him, Jozy Altidore and Victor Vazquez – if the three of them can start clicking on a regular basis then things on the scoring front could change.

I’d like to see Oso get the start tonight – Armando Cooper has had a couple shaky games (and I like Cooper), and Oso’s got something to prove after being benched and he gets pumped about playing in front of the home town crowd.  I’d still like to see Vanney mix up the formation but I know that won’t happen.  There’s likely a lot of goals in this game – I called 2-2 on the podcast – Brian from Spitting Fire has gone with a 3-1 win for the Fire.  Hey, at least it won’t be cold and rainy tonight, right?