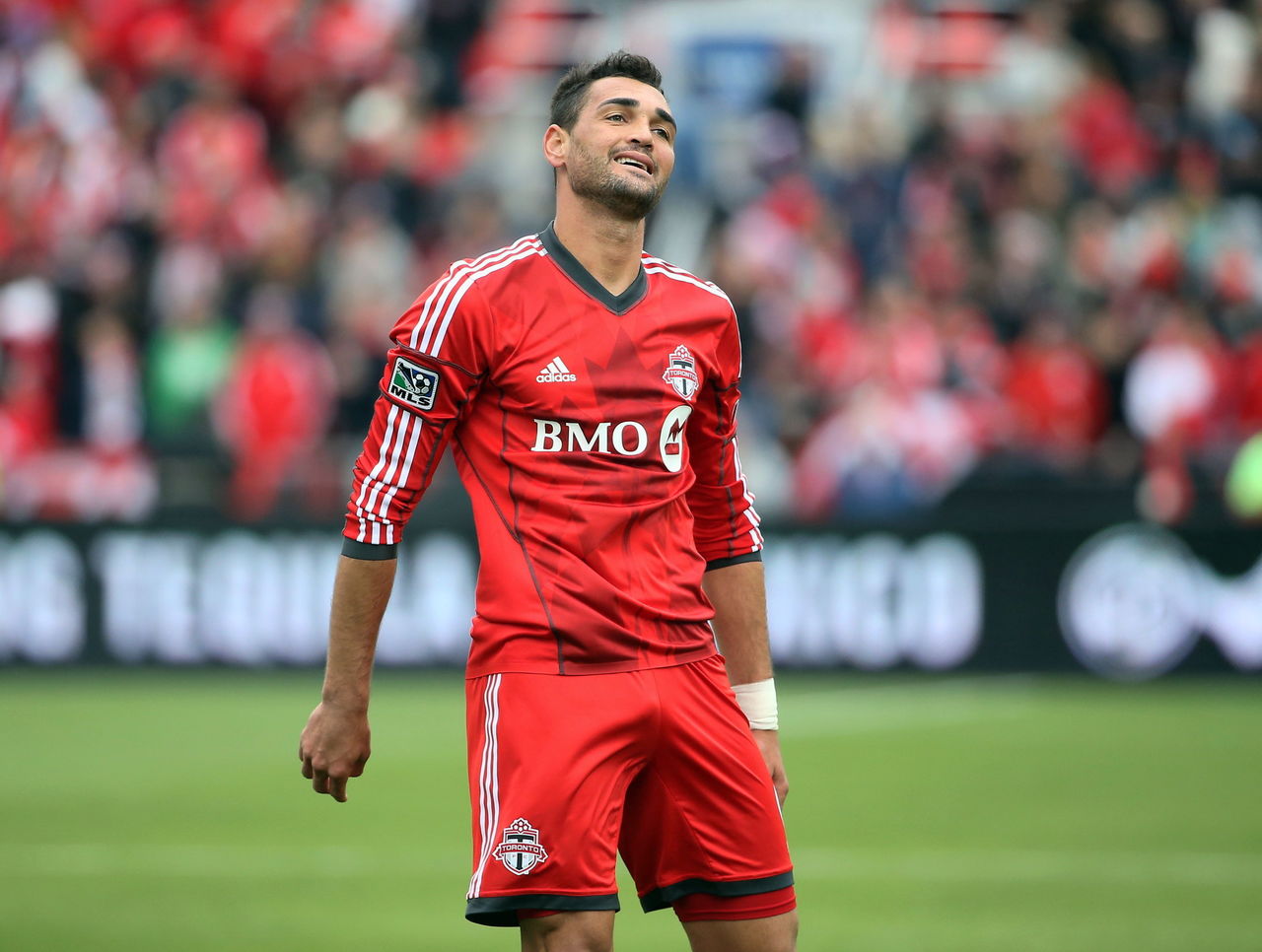 Decision Day! Grrr!  The day is upon us when all of the deciding will be done – the MLS scheduling gods have decreed that all deciding matches start at the same time (ooh, how continental!) so get ready for some Decision Day excitement!  Really it’s a very good thing that all the matches start at the same time and it’s a welcome change to the schedule; getting so, so SO HYPED up for the final day may be a big much but for many teams (including Toronto FC) there is still a lot to play for, so why not – GET PUMPED!!

Unfortunately for Toronto FC they no longer entirely hold their fate in their own hands and can’t simply win against the woeful tire Fire today to move up the standings.  Due to that less than stunning home stand that saw them cede ground to the two teams from New York and near New York, they must rely on our old pals from the Trillium Cup, the Columbus Crew to do some damage (a win or a draw) against the pizza rats in order for TFC to have a chance to get to the second spot and earn a first round bye.  Otherwise it’s third and a likely mid-week game against the Philadelphia Union.

Today’s game is also TFC’s last regular season chance to give the home fans a win, something to cheer for heading into this week’s likely play-in match and an opportunity to show that they can win out against a poor team.  And the Chicago Fire are indeed a poor team – the wheels have truly fallen off for them and there’s not much they can do other than look to next year and curing what ails them.  They’ve only one win on the road this season (against Montreal) and have only managed a paltry five points on the road in total.  Today they’re in a ‘fight’ with Houston to avoid the league wide wooden spoon, although their Eastern Conference title of terribleness is already confirmed.

Other than some uncertainty around Will Johnson’s fitness, Greg Vanney has the majority of his best starting XI available and should put out a strong team today, regardless of opponent.  Today’s game not only gives Toronto a chance to move up to that coveted second place spot in the standings, but also gives the team another ninety minutes to gel and get back to being comfortable with each other and especially to having Seba back on the pitch.  If the Reds are to advance through the playoffs they need that ease of play during the heady days in the summer when it seemed they could do little wrong.

The only change that seems likely (given any unknown knocks) is Will Johnson in for Marky Delgado – but that all depends on Johnson’s fitness level.  Otherwise we’ll most likely see the XI that played in Montreal last weekend and fought back to a 2-2 draw against the cheesemakers.

I do expect TFC to go all out in this game to ensure that they’ve done their part to move up the standings and then cross their fingers and toes that the Crew manage to put one over on the pizza rats. Even though they’re terrible, the Fire do have some talent and Toronto have to be mindful of a team that would like to prove anything at this point, and who wouldn’t want to end the season on a high note (for them) by winning against one of the better teams, on the road?  However I’m doubtful that anything other than a TFC win will occur.  I’m sticking with my podcast prediction of 3-1 (Accam for Chicago), but that the Crew will not be able to take points from City so we’ll be facing Philly this week.