Toronto FC vs DC United: Battle of the Mid-Table! 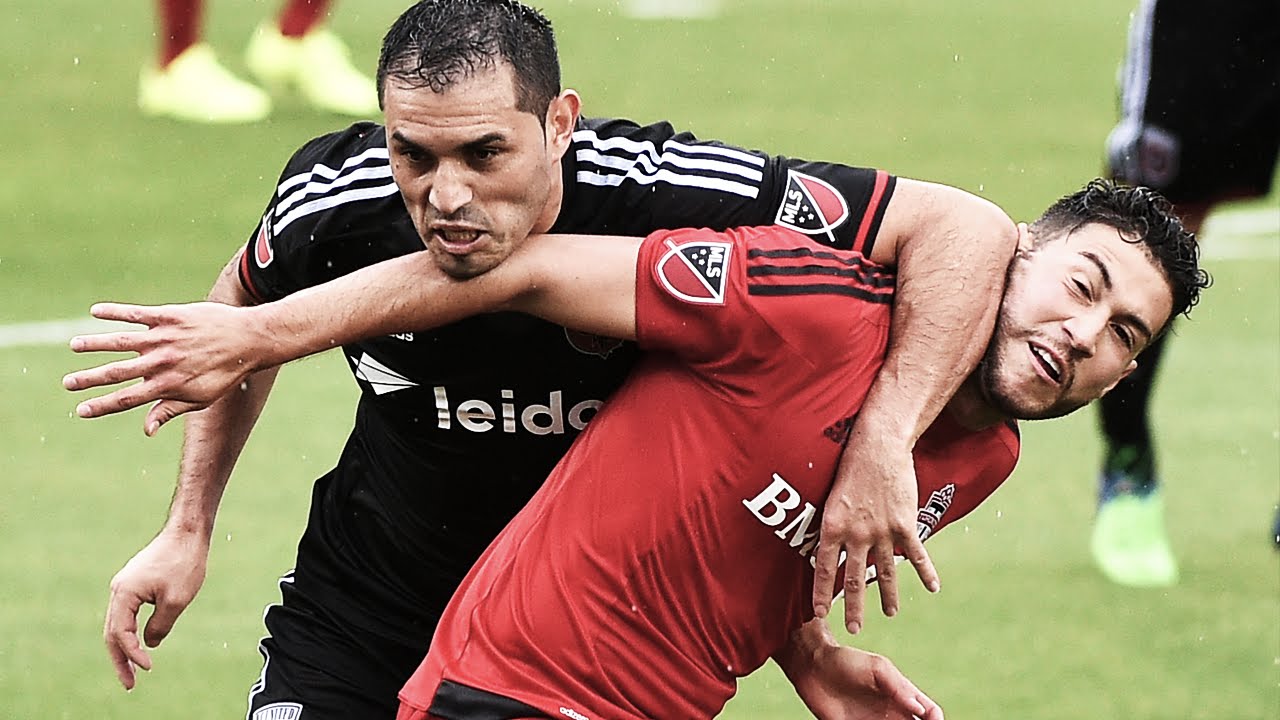 Who’s in the mood for a home stand?  Toronto FC is now home for the next four games and a bit of a break in their own stadium is coming at a welcome time after a challenging week on the road.  Hopefully the team has shaken off (but not forgotten) the horrors of the San Jose match and are rested and focussed on today’s match.  TFC are having a middling season so far and are still clinging to a playoff spot despite being smacked around by the footy gods in the forms of injuries to everyone (or so it seems). They are in a position to move into fourth place in the East ahead of the Impact with a win today – presuming that the Union do us a solid and win in Montreal.

Both teams have had a similar season with injuries, up and down results and recent changes/additions to their teams.  DC are currently without Chris Rolfe who is still out dealing with a concussion – while this is terrible news for him and I hope he’s on the mend, it is fantastic news for Toronto as Rolfe always seems to score against TFC.  Speaking of DC players that like to terrorize Toronto, Fabian Espindola is no longer at DCU (whee!), having just been traded to Vancouver.  On the plus side (therefore minus for TFC) are the recent additions of Patrick Mullins and Lloyd Sam.  Both players are more than capable of scoring and TFC will have to be sharp to defend against Sam’s speed.

Of course DCU are not the only team with some changes; this week our Reds finally (finally!) announced the signing of Tosaint Ricketts. This comes after Ricketts spent the last few months training with the team while numerous contract issues were getting sorted out with his former club Boluspor.  Ricketts is of course a mainstay for the national team and adds an additional scoring option for Toronto.  As has been mentioned a lot, Ricketts has scored 8 of his 12 goals for Canada at BMO Field, surely this bodes well – right?

And speaking of scoring, today appears to be the day that Jozy Altidore returns to the team.  Altidore has been out for the past two months with a hamstring injury and with all the other injuries affecting TFC’s lineup getting any of their players back is a good thing.  Altidore is also perhaps the cure for what ails Sebastian Gionvinco at the moment – the atomic ant being mired in a bit of a slump and looking more frustrated with each game.  Altidore gives the team an option for plays, but also draws opposition defences to him freeing up Seba and other players to score.  Altidore’s return (and Ricketts’ signing) unfortunately likely signal Jordan Hamilton’s return to the bench; the young Canadian has done well these past few weeks, scoring three goals and showing some maturity on the pitch.  It’s been great to see him progressing and I know that it will be difficult for many fans to see him back on the bench.

Other Things To Note:

There’s not much else to say.  Toronto need a strong homestand to get things going on a positive path for the playoffs while awaiting the return of the rest of the injured players.  DCU have not won a lot of games on the road but they’ve got six draws to their name which shows how difficult they can be to break down, especially with Bobby Boswell marshalling the defence and Bill Hamid in net.  I think a draw is more than likely but I’ll stick with my podcast prediction of 2-1.