Home » Analysis & Opinion » Toronto FC vs Montreal Impact: Can A Short-handed TFC Put A Nail In The Impact’s Playoff Hopes?

Toronto FC vs Montreal Impact: Can A Short-handed TFC Put A Nail In The Impact’s Playoff Hopes? 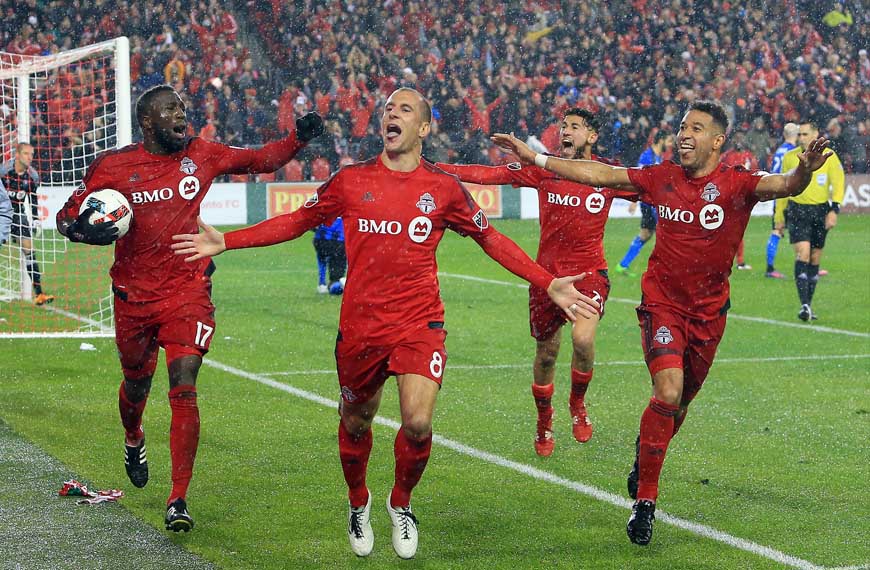 Every game at this point in the season is a big game – some teams are chasing records, some are chasing the red line – thanks to the MLS scheduling gods that cheekily put all of the games between TFC and the Impact at the end of the season, we get to see both this evening.  The last time the two teams met a few weeks ago, the cheesemakers were on a four game winning streak and looking like they’d hit their stride at exactly the right time to lock up a playoff spot; TFC had other ideas and handily won 3-1, and that loss was the start of Montreal’s current four game losing streak (putting them below the red line).

As we’ve mentioned more than once, games between these two teams have an extra undertone of emotion and expectation; these two teams have clashed many times in meaningful games, and have each had a hand in ruining the hopes and dreams of the other – the way a good rivalry should be!  Grrr.  Tonight’s match could be very interesting – the cheesemakers are coming off a verbal lashing from owner Joey Saputo, and Toronto are missing two (or three) of their top players – it has all the hallmarks of an ‘anything can happen’ kind of game.

Even with Toronto possibly missing its most important player – yes I mean Victor Vazquez – as well as its two top scorers in Seba and Jozy, I still see this game resulting in three more points for TFC.  They’ve been unstoppable at home, the other players have been stepping up in the absence of the stars and are getting not only valuable playing time before the playoffs, but a chance to show their coach why they should get to play.  TFC will need to be mindful of Montreal’s speed – that quick counterattack is where they can hurt you so easily.  And of course they’ll need to neutralize Ignacio Piatti – he may play for the enemy but it’s impossible to disregard his talent.

That speed, the friction that crops up in these games and Piatti is why I think we won’t see Cooper in the XI (though he’ll be on the bench) – tempers flare easily in these games (yes Michael that’s a warning for you too), and Cooper tends to get Concacafy and mixed up in things during this type of game.  He’s more likely to see time on the weekend against the tea terrorists.  It’s a beautiful day, should be perfect temps down at BMO Field tonight – everyone get pumped for a fun game!