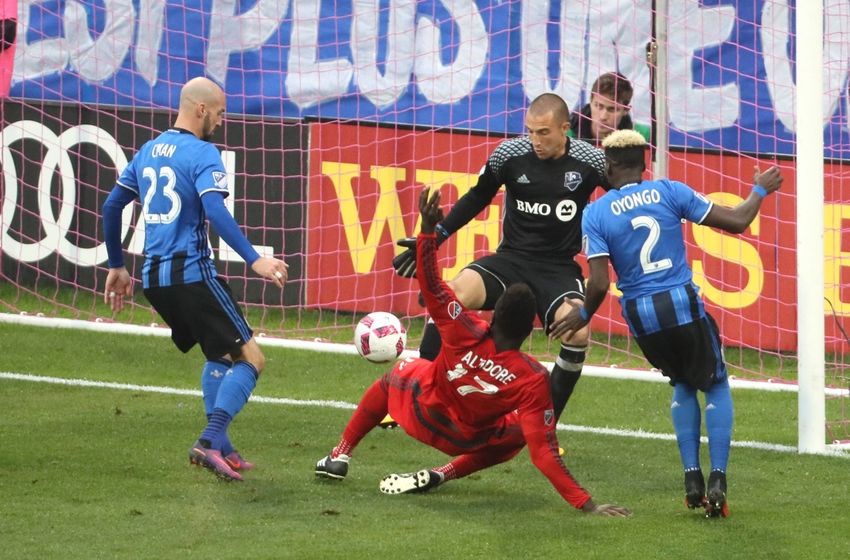 That’s it really – the excitement, the nerves, the ANXIETY!  But at the same time I’m strangely relaxed – tonight’s game (historic, one of the games we’ve longed for the past 10 seasons, etc) is much more than what I’d both expected and asked from Toronto FC this year – so while I’m stressed thinking about what winning this game means, I’m relaxed in that every game is bonus fun.

SO EXCITED!!!  Excited is different from anxiety – I am INSANELY excited about tonight’s match.  Because it’s going to be so much fun to be with my fellow (long suffering) fans at our stadium (sorry not sorry SkyDome) cheering on our team.  Seriously you guys, did you know that if they win tonight THEN WE’RE GOING TO THE CUP?!  AAAAHHHHHH!!!!  I’d say that I’d try to calm down but that’s probably a lie. This is crazy guys – the MLS Cup is literally within reach – as we like to say: “Is this the real life? Is this just fantasy?”

Last Tuesday’s game wasn’t TFC at their finest and I think you’d be hard pressed to find someone that think different.  However, after the disastrous first half, there were those two glorious away goals – fantastic stuff that put the Reds pretty much in the driver’s seat for tonight’s match.  That has been one of the most marked changes of this season, that fight back – last season, hell the last nine seasons it was rare to see the kind of tenacity and fight back that Toronto have shown for most of this season.

What needs to change tonight is how TFC deal with Montreal’s counter attack – they’ve been eaten alive by that more than once this season and I think we’ve all had nightmares about those first two goals from last week’s game.  Whether this means that Vanney relies on the home field advantage to lift the team or if he makes changes to the Starting XI (most likely Will Johnson for Armando Cooper if the latter), is hard to say.  Toronto won’t be dealing with an almost 40 minute game delay due to mis-painted lines or terrible turf on concrete – they’ll be at BMO (in balmy weather!), in front of a raucous home crowd of over 35,000 on the (hopefully) pristine pitch; all positives!

Honestly I don’t have anything else to say that we’ve not said before – this match is a big deal; it’s the biggest match that Toronto have every played (although any match going forward can be described as such) and yes, it’s historic – there’s no getting away from that, and honestly why would you want to?  It’s a great deal of fun to watch your team do well, to have people asking you about them (something that hasn’t happened much since the first few seasons), to have fun at games and yes, to not only make the playoffs to but to make them in a big way.

See you at BMO tonight folks – this is going to be a special night regardless of outcome, can’t wait to see you all and cheer along with you.