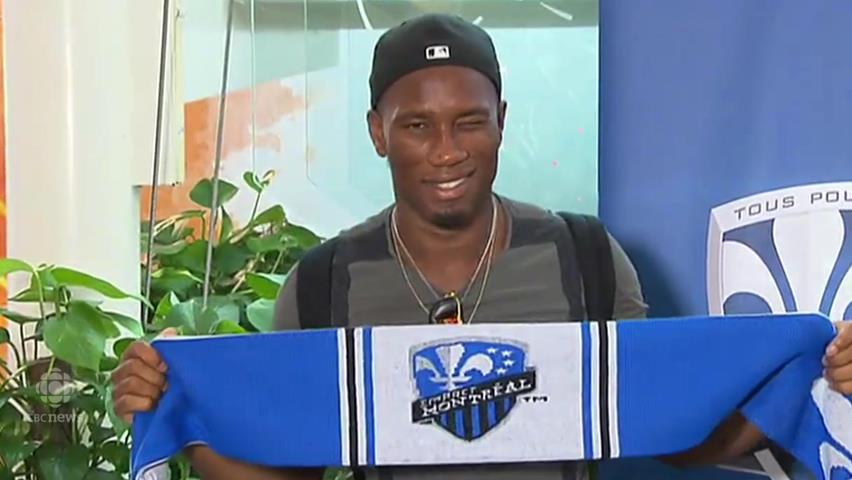 Ooh it’s Rivalry Week in MLS and of course that means Toronto FC take on the Montreal Impact (Sat. Aug 29, 4pm, BMO Field, TSN) in the second of their three meetings this year.  Games between TFC and the Impact are always highly charged affairs and with playoff hopes and potentially jobs on the line (more Klopas than Vanney, I’m not THAT cynical, really), not to mention the ex-Red theme in full effect with Dominic Oduro and Kyle Bekker both potentially taking part as well as ex-Impact Collen Warner – well it all adds a little bit extra.  Not that playing the Impact ever needs any extra drama – Tic Tac and all that.

The two teams are coming into this match on different paths – TFC are riding the high that is taking advantage of a lesser opponent and getting some positive momentum, while the Impact have lost their last two league games and got blown out in the final of the Voyageurs Cup.   However by a gift from the MLS scheduling gods Montreal are pretty much the only team that can lean on the ‘games in hand’ step and look up the table.  They’ve multiple games in hand on everyone that is behind them and a few on those ahead; while the team appears to be in a bit of freefall right now it doesn’t take much to move up the table in MLS and especially in the Eastern Conference.

The Impact are facing challenges other than clinging to the last playoff spot in the east.  They’re without arguably their best player in Ignacio Piatti, who’s out injured, they only just got back Justin Mapp, there’s been drama with Patrice Bernier and Laurent Ciman off the pitch, Hassoun Camara is also injured and of course shiny new signing Didier Drogba is out with a toe injury.  The Drogba saga is starting to overshadow the other issues for Montreal – which may be a blessing – from the injury to the refusal to speak to the media he’s drawn a lot of focus from their play on the pitch.

Toronto are still facing a couple of absences and unfortunately they come from the already shaky defensive side: Damien Perquis is still out and will not play tomorrow (potential blessing in disguise), but worse news is that Jackson has not fully recovered from the injury that saw him come off at the half on Saturday, and is questionable for tomorrow’s match.  This will likely mean Justin Morrow (poor guy just never gets to play the same position twice!) back on the right and Ashtone Morgan on the left, with Josh Williams and Ahmed Kantari in the middle; we’ve had worse backlines but again, the team remains unable to put out a consistent defense from one game to another.  Sigh.

1. The CNE is still on; plan your travel time accordingly – this means LEAVE EARLY AND TAKE TRANSIT!

2. Didier Drogba will NOT be there. I know I already said that, but it bears repeating.

3. Greg Vanney did good with the formation last week, he should do that again.

4. Jonathan Osorio and Ashtone Morgan will remain with the team having not been called up by Benito Floro – we don’t get it either.

5. Kyle Bekker HAS been called up by Floro – we REALLY don’t get that – but has barely played for the Impact since being traded.

6. Justin Mapp has returned, he usually does terrible things to Toronto FC, he needs to be marked at all times.

7. Jozy Altidore has been called to the US national team, did well off the bench, in my perfect world he stays on the bench so as to not risk injury but also to improve his impact on the game.

8. Michael Bradley is not going to play for the US this round, which means less lineup tinkering and hopefully the Bradley we saw last weekend.

9. Seba has been (apparently, waiting for team confirmation) selected to play for the Azurri by Antonio Conte – he’ll still be here tomorrow but will miss out against Seattle.  Honestly I’m nothing but thrilled for him – Seattle are floundering hard so this doesn’t stress me out too much.  Look for him to keep doing Seba things.

10. Keeper: Chris Konopka is in net for the foreseeable future.  This isn’t Bendik hate, but Caveman is it folks.

This is another game in which Toronto need to take advantage of a weakened opponent – the East remains a morass of mediocrity and grabbing the easy points is a requirement to keep them in a solid place near the top.  They’ve got a game against another struggling opponent next week but that is on the road and they’ll be missing two strikers – this is the game for them to go for it, to get some points, build confidence and keep pace with the Rev and gain some ground on the Crew.  This will likely be a scrappy game – although with Camara not playing a touch less scrappy – and expect some goals. Prediction: 3-1 TFC