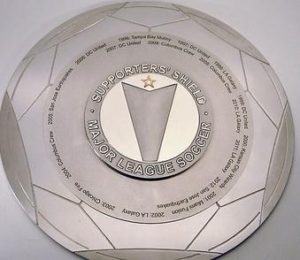 Final home game of the regular season kids!  It’s been a fun season so far, no?  And now we get to cap it off with the Supporters’ Shield being presented to our long suffering fans before we take on our biggest rivals, the cheesemakers.  Fun!

Today’s match in the uncertain weather (as per usual), sees TFC with all of its players healthy – welcome back Seba – and two games left in the season to get their usual starting XI gelling before the playoffs begin.  Whereas Montreal are in a bit of a downward spiral (new Piatti contract notwithstanding) as their brief run of good form in the summer was merely a flash in the pan.  Which is good news for Toronto FC and the fans – there’s not much we enjoy more than beating the Impact – as we’ve said many times before, the matches between these two clubs are among the most exciting as the underlying history brings extra emotion to the games.  This game has an additional component as TFC are still chasing the season points record and with a win today can tie the LA Galaxy’s 1998 record of 68 points.

Thoughts and Things To Know:

The important thing for this game is that Toronto look like a cohesive unit and that Seba gets integrated back into the squad as quickly as possible.  Today’s match and next Sunday’s against the AU guys are crucial for getting the team chemistry working before the Eastern Conference semi-final series at the end of the month (home leg on November 5th) gets started.   Today should be fun – there will be the excitement from the Supporters’ Shield presentation at the start of the match, and then the likely win to close out the regular season homestand.  I’m sticking with my podcast prediction of a 3-1 win for the Reds.