Toronto FC vs Montreal Impact: Tic-Tac…You Know The Rest – Time For Some Redemption 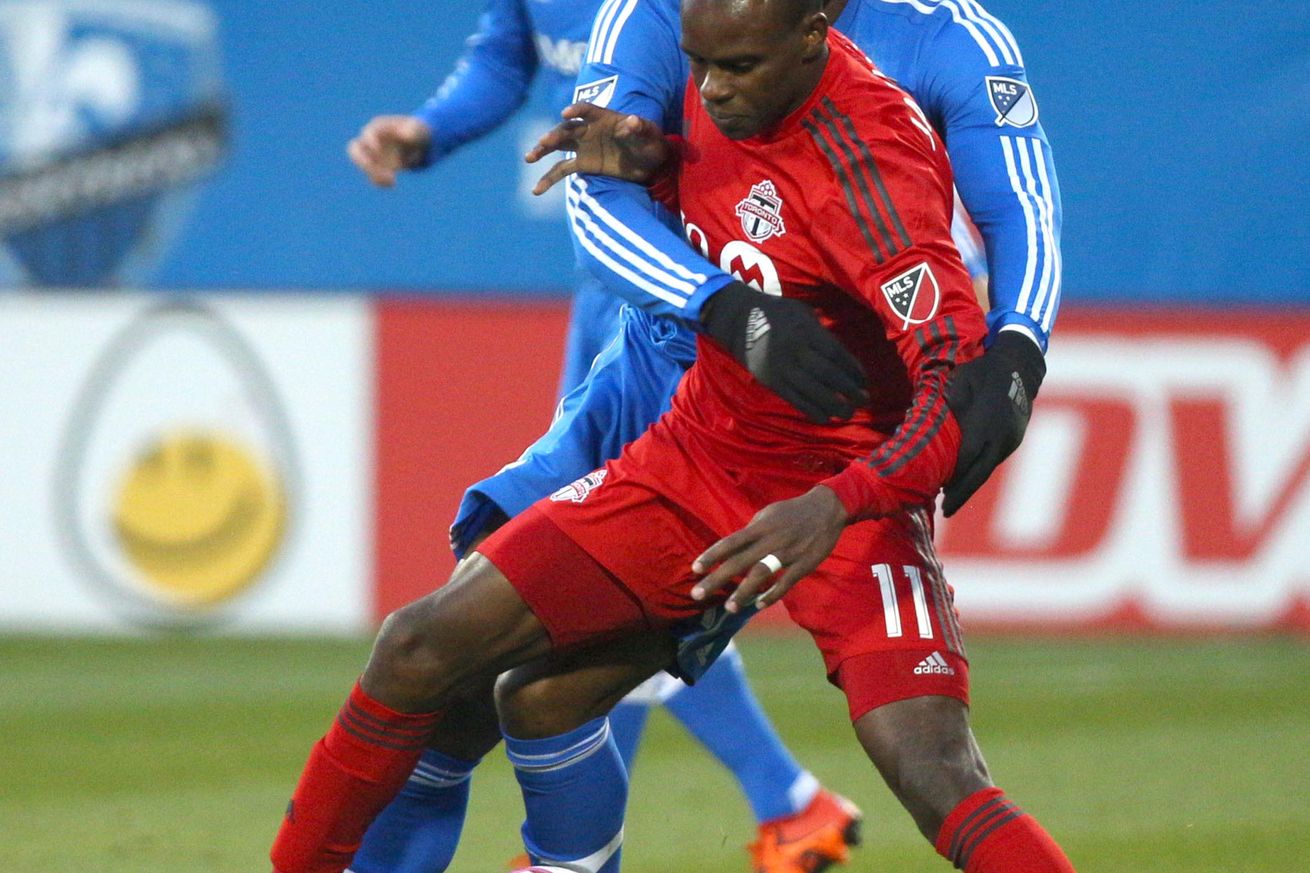 Six games in, eight points, lowest goals allowed and still playing on the road – who’d of thought that we’d be in this place?   These are heady times folks!  Seriously, if you’re not enjoying what our Reds are doing at the moment well then I can’t help you.  Now that’s not to say that all is fantastic but as far as results go; hard to quibble.   But all that could change this weekend – a trip to Montreal is always full of tension and high emotions and in this case, a wee bit of revenge seeking.  It’s the 401 Derby – or the Tic-Tac Derby or the Two Solitudes Derby, etc, etc… – whatever you want to call it, it’s the biggest game for many on both sides of the fanbase.  So Tic-Tac-Tabernac, let’s do this.

What’s a bit different this time is that Montreal are tops of the Eastern Conference – yes I said tops – four wins, two losses and they’ve yet to lose at home.  Drogba’s back, Kyle Bekker is scoring goals and Dominic Oduro has the most assists on the team (Ignacio Piatti has the most goals) – so at the moment this isn’t the Impact of old and Toronto FC can’t expect to just stroll into Saputo and steal points.

The Impact are one of the higher scoring teams in the East, scoring half of their goals at home, but more importantly they’ve yet to concede a goal at home.  For TFC and their current defense first, scoring second mentality this could end up being a a grinder of a game.  Montreal also hold the edge in games won at Saputo with three (though TFC have the overall with five wins in MLS play) – but there’s yet to have been a draw.  Anyway, it’s a fairly even record over the past few years, those two games at the end of last season…well we’d all like to forget those.

Toronto are coming into Montreal on a high note after their surprising win against DC United last weekend and as mentioned before boast the lowest goals against of any team in the Eastern Conference.  Scoring is still an issue and likely will be until TFC returns home – or until someone other Seba scores consistently – but that game in DC saw the best performance from Toronto’s midfield along with some solid defensive work.  Hopefully they’ve brought the same game plan with them to wreak havoc upon the cheesemakers.

This will likely be a scrappy game.  And that’s to be expected given the (short) history between the two teams.  They are our closest rival and we’re going to be facing them four more times this year so don’t expend all your energy on this one game. This is also one of the first games in which TFC support are travelling in numbers and there will a proper presence in the stands (present company included) after a travel ban to start the season.  There are some new measures by the Impact to lessen any post-match issues and hopefully things in the stands will be less contentious as well.  Here we go folks, we’ll be at home soon enough, until then let’s get double digits shall we?