Home » Analysis & Opinion » Toronto FC vs Montreal Impact: Will The Cheesemakers Get Revenge For Last Year’s EC Final, Or Will TFC Continue to Dominate?

Toronto FC vs Montreal Impact: Will The Cheesemakers Get Revenge For Last Year’s EC Final, Or Will TFC Continue to Dominate? 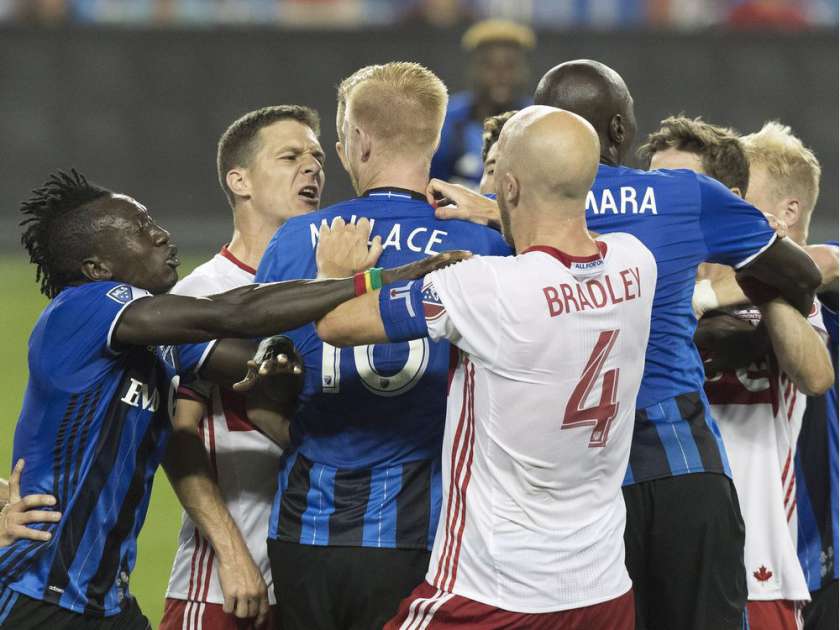 Rivalry Week! RAWR! It’s that time again folks, when TFC and the cheesemakers finally gear up for the first of their three regular season meetings (nice one MLS scheduling gods).  Yes all matches are important, and yes every one counts especially coming down the stretch, but we all know that the ones between Toronto and Montreal all have that extra layer of emotion and animosity; which generally makes for exciting matches and fans’ nerves stretched as tightly as lute strings.  Fun!

Both teams are playing very well at the moment with the Impact shaking off their poor form from earlier in the season and are irritatingly looking like a very good side; happily Toronto FC have managed to not succumb to the late summer doldrums that have oft plagued them and continue to retain their hold on the Eastern Conference and the league as a whole.  Both teams are relatively healthy and will have their best available to play (that’s not a knock against Nick Hagglund or Benoit Cheyrou!) in this critical match.

TFC vs the Impact generally equals a lot of goals – these games are rarely low-scoring chess matches and today should be no different, especially with two of the league’s top scorers in Sebastian Giovinco and Ignacio Piatti both on hot streaks.  Defensively the cheesemakers have somewhat solidified their backline with the addition of Samuel Piette, and Toronto have more or less settled on their backline with only the question of Beita vs Hasler to be answered.  Toronto will have to be mindful of Montreal’s speed on the attack and the Impact will need to find a way to handle Victor Vazquez’s ability to play in the Matrix.

This series is the one that we look forward to all season – this is the rivalry that gets fans of both teams riled up – the travelling support is usually excellent (I look forward to hearing Reds fans in full voice today), which adds to the atmosphere and makes every time the two teams meet feel like a playoff or cup final match.  I’m sticking with my podcast prediction of 2-1 for TFC.