Home » Match Previews & Reports » Toronto FC vs New England Revolution: Can A Depleted Lineup Come Back From Southie With Points?

Toronto FC vs New England Revolution: Can A Depleted Lineup Come Back From Southie With Points? 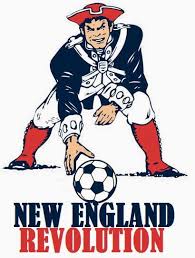 Vive la revolution! Oh wait, wrong thing. What were we talking about?  Oh yeah, Toronto FC’s last road game before an August filled with 5 home games – this time against the New England Revolution, or tea terrorists as 1/4 of the VMP Panel call them. The Reds are off to foxy Foxborough to take on Jay Heaps and Co.

This is one of the weirder games on the schedule – weird in that the Rev really aren’t that good a team and yet thanks to an unbalanced (for no reason MLS!) schedule and the parity of mediocrity that is the Eastern Conference, they’re level on points with TFC.  No really, they are!  So even though Toronto came back against the Crew last weekend in somewhat stunning fashion, New England eked out a draw against Ol Gil’s new team the Fire – so, level on points.  Not to mention that the Rev are a team that Toronto hasn’t had that much success against; only managing four wins over the years.  Who’s excited?

Other issues facing Toronto FC tomorrow evening (Gillette Stadium, 7:30pm, SN360) are the legion of injured and knocked up TFC players (plus one suspension), the evils of the green carpet at Gillette – where no one has ever been injured – and the rumoured return of Jermaine Jones to the Revs’ lineup.  Whee.  Because they’ve been kind of woeful without him this season.  Sure they won and tied in their last two games, but before that? Five straight losses; five.  That’s TFC bad territory.

What’s been notable for them is that the players that kept them afloat last season aren’t clicking in the same way – Lee Nguyen isn’t leading the team in goals or assists (that’d be Charlie Davies and Kelyn Rowe), however he’s scored in both of their last two games – excellent timing right?  VMP’s favourite swear word Diego Fagundez has had an up and down season and hasn’t scored in well over a month. And then of course there’s the colour that every Canadian footy fan loves to hate – Teal – traded to the Rev last year and doing OK in his second season with the tea terrorists.  All this is adding up to another momentum gaining win for the Revolution while TFC try to sort out playing on the terrible turf while missing a good chunk of the lineup.

Expect Greg Vanney to stick with the 3-5-2 that he went with last weekend against the Crew.  Once they sorted themselves out it was fairly effective, and with them down so many players packing the midfield and paying attention to the defensive side of things is likely a good idea.  Plus, if Fagundez and Nguyen get going you don’t want to leave them space down the wings.  Hopefully Marky Delgado can work well with Jozy Altidore; and I won’t be surprised if both Jackson (klaxon!) and Dan Lovitz get the start.

1. Michael Bradley is injured and out for at least the next two games.

2. Ashtone Morgan is hurt and will not play.

3. Sebastian Giovinco is knocked up and likely will not play.

4. Luke Moore is still hurt and will not play.

5. Collen Warner is suspended and will not play.

7. Ahmed Kantari will (almost certainly) get his first start next to Damien Perquis.

8. Newly signed (the ink is still fresh on the waiver form) Josh Williams is not travelling with the team to New England.

9. Jozy Altidore is healthy – sort of – he’ll probably start.  Everyone pray to whatever gods you believe in that he doesn’t get hurt again.

10. Jermaine Jones while unlikely to start, he’ll get subbed on and score a brace just to torture us.

11. Jeremy Hall is the Revs starting RB at the moment.  No, I’m not kidding.

I’m hoping that Toronto don’t come out too flat or disorganized and put in a solid performance.  I don’t need spectacular, just show that you can put a good one together while missing up to four starters.  Prediction: 2-2