Toronto FC vs NY Red Bulls: When Is It Time To Start Worrying? 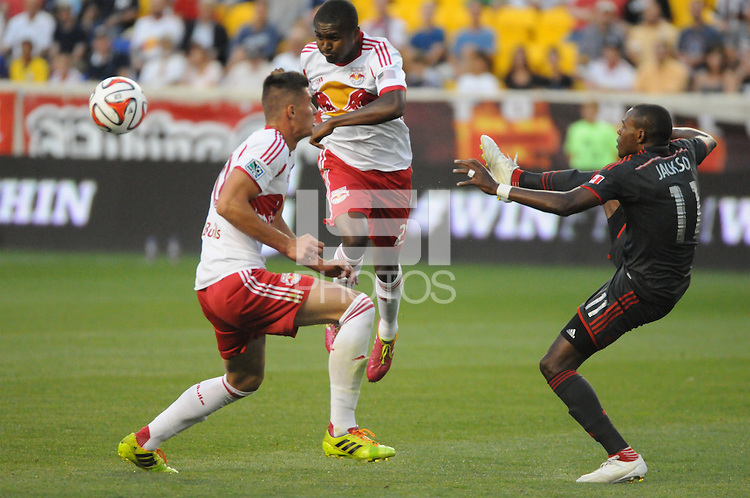 Toronto are coming off a difficult loss, highlighted by a poor defensive effort that is becoming all too familiar, coupled with a lack of finish and creativity. This has resulted in a Toronto FC that over the past few weeks have been doing their best to emulate Dickens.  Of late there’s been very little of just ‘OK times’, with either dramatic wins or overwhelming losses the story of the day.  Yes there have been unexpected player absences due to injury or suspension which causes issue with team chemistry and consistent play; however they are not the only team that suffers in this regard and need to find a way to overcome such issues.

Toronto FC have a solid team and should make the playoffs this year – past that though this isn’t their year, this team has too much growing together still to do for them to achieve much more this season.  However if they can retain the majority of the roster and actually spend time playing and learning together next season could be (and should be) vastly different.  The next hurdle to any success is today’s match (7pm, Red Bull Arena, TSN2) against the New York Red Bulls.

In a bit of a surprising turnaround from the beginning of the season, the Red Bulls have evolved into a very good team.  They’re on a great run of form,  they’re excellent at home – where Toronto has only won once – and one of the best defensive teams in the league.  Oh goody, TFC get to play yet another high scoring, well organised, defensively sound team…and on the road!  Oh boy.

Toronto will have their hands full with the Wright-Phillips brothers, Sasha Kljestan and Dax McCarty – Benoit Cheyrou, Bradley, Morrow and Kantari (among others) will need to be communicating and being aware of any open spaces on the field.  At the other end they will be dealing with Luis Robles one of the top keepers in MLS and a defense that even without Perrinelle will be tough to beat.   With only Damien Perquis missing from the available players Vanney has an opportunity to field his strongest team in weeks.  Jozy Altidore is coming home and playing against his old team as is Asst. Coach Robin Fraser.  This is one of those games that will either go horribly wrong for Toronto or be one of those rare occasions where they rise up to the level of their competition and show us something good.

1. Damien Perquis is hurt and not playing – likely for the best, give him time to get his head on straight for the back half of the season.

2. Benoit Cheyrou is back and will play – this is possibly the most important difference – his absence was very noticeable on the weekend.

3. Justin Morrow will play – second most important difference – his presence at the back is needed to solidify the defence.

4. Marky Delgado is likely to be the odd man out in the midfield today.

5. Herculez Gomez is available to play today – expect him on the bench.

6. Damien Perrinelle is suspended for being a naughty boy.  Which is good news as he’s been very influential at the back for NY.

7. Bradley Wright-Phillips has once again been very good this year and leads the energy drinks in offensive categories

8. Dax McCarty vs Michael Bradley should be the matchup of the day.

9. Seba and Jozy will need to contribute to the scoresheet if TFC are to have a chance to come away from Harrison with points.

10. It’s my birthday tomorrow so TFC owe me a win.  Or something.

All in all TFC need to start showing that all this talk of playoffs and success is more than just talk.  Those vaunted games in hand are rapidly evaporating and playing at home hasn’t yet been as kind to our Reds as they’ve hoped.  Fingers crossed people but hang on as this one’s likely going to be a bumpy ride.  Prediction: 3-1 Red Bulls.

*Note: The VMP crew will be out celebrating Kristin’s birthday – your South Couch Report will likely be posted tomorrow and well, twitter could be fun.  Or quiet, we can be restrained, honest.*