Home » Analysis & Opinion » Toronto FC vs NY Red Bulls: With TFC In Control Expect The Home Leg To Be (Wet) and Wild

Toronto FC vs NY Red Bulls: With TFC In Control Expect The Home Leg To Be (Wet) and Wild 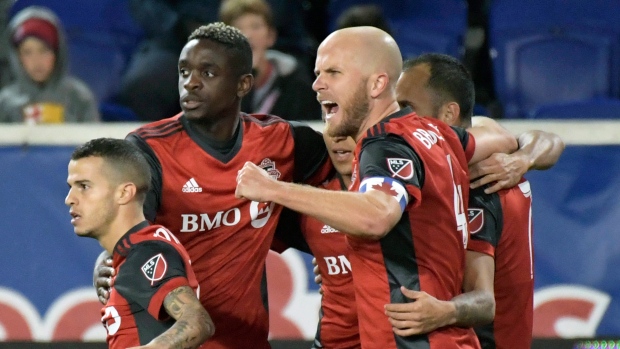 It’s Super Sunday in the land of MLS playoffs as the remaining three series are all scheduled today – nice going MLS scheduling gods – which means that we’ll know the conference final matchups by the end of the day!  This is a good thing, until you remember that those games don’t start for over two weeks…however, jumping ahead of myself, there’s still a game to be played this afternoon.

Toronto are coming into the home leg in a pretty solid position; they won the away leg 2-1 (yay for away goals), they’re playing at home where they’ve only lost once all season, and they’ve beaten the energy drinks the last two games they’ve faced each other.  Of course there’s concern over Toronto’s two injured players in Victor Vazquez and Drew Moor – with the energy drinks at full strength (their injured players haven’t featured in ages so aren’t a loss to this XI), there may be an opportunity for the Red Bulls to take advantage of a slightly weakened TFC side.

Here’s the scenarios for both teams to advance: 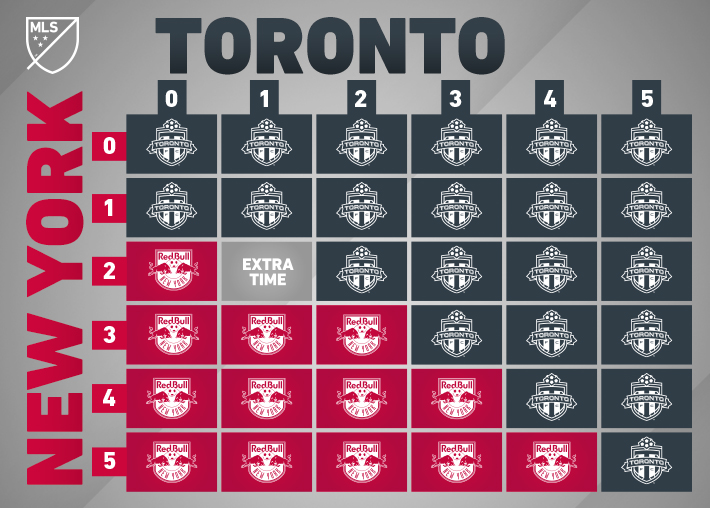 Any draw sees Toronto FC advance, any one goal win sees TFC advance, only the dreaded 2-1 (in the energy drinks favour), sees the game going into extra time – the rest would mean a serious goal fest for either team.

These are the games we enjoy, the games that our team has momentum on their side, in front of the home fans – though we can do without the rain, it has often been the TFC way – with everything on the line.  If Toronto FC win today they’ll go on to face the Crew (#SaveTheCrew) – sorry pizza rats but you know it’s true – in just over two weeks time.  Ah yes, the international break; nothing like a huge layoff to dull the excitement eh?  Regardless, the focus is on today and advancing to the Conference Final – remember last year?  Still the best night ever as a TFC fan – starting on November 21st (home leg on the 29th).  It’s going to be scrappy and messy today, but I’m sticking with my 2-1 TFC podcast prediction.  Come on boys, lets do this again.