Home » Match Previews & Reports » Toronto FC vs NYCFC: Can TFC Take A Bite Out Of The Baby Blues?

Toronto FC vs NYCFC: Can TFC Take A Bite Out Of The Baby Blues? 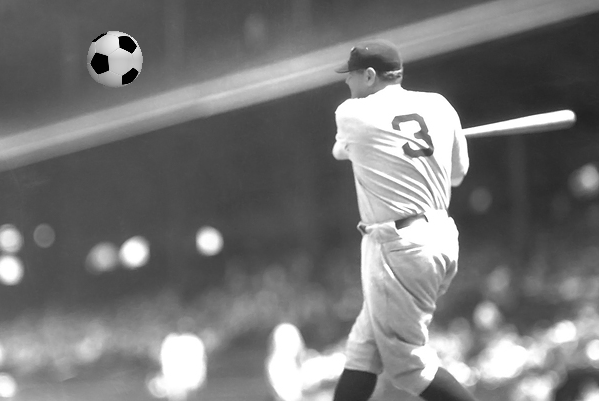 Far away from the stars in the Galaxy, time for a bite of the Big Apple for Toronto FC.  This game has fair amount of expectation attached to it given the blowout in LA last weekend and the loss to NYCFC at home a few weeks back.  Not only will the Reds be looking to bounce back from a terrible performance in Carson, but also to show that the manhandling that the baby blues laid upon them was a fluke.

Of the two teams only TFC is really dealing with any significant absences due to the Gold Cup with Michael Bradley, Jozy Altidore, Ashtone Morgan, Jonathan Osorio and Quillan Roberts all away (while NYCFC is only missing Mix Diskerud). Obviously the first four listed are the ones who’s absence is most keenly felt; especially given how the lineup was set last weekend.  While being without Altidore and Bradley certainly isn’t helpful I’d argue that the loss of Morgan is having a more significant impact.  It changes the backline so dramatically and forces Warren Creavalle to play a position he’s woefully unsuited for (the rare decent performance should not be held as the norm when it’s the outlier), which in the last game saw him get torched.  The remaining players – which on paper are still for the most a part a solid team – will be looking to prove that they can put together good performances without some of the team’s stars.

Is this a burgeoning new rivalry?  Much was made after the last match and in the lead up to today’s game (3pm, TSN, MLSLive, Yankee Stadium) about this.  Sure no team likes to get pushed around the pitch, but honestly one game rarely does a rivalry make.  Now after today if things go sideways?  We can discuss after that.

2. Frank Lampard is NOT playing due to an injury suffered at practise.

3. Andrea Pirlo is NOT playing due to, well I don’t know what but he’s not playing.

4. Seba needs to do Seba things. If there’s any player that will want some revenge (other than Damien Perquis), it’s him.

6. But what about Caveman?!  We here at VMP are big fans of Chris Konopka, but I think there’s a very good chance that Vanney finally makes the switch back to Bendik.

7. Shift the diamond: the diamond works, just not with those players in those positions.  Expect to see Warner back on the wing (holding winger), Benoit Cheyrou at the back giving cover and direction to the defense and Jay Chapman up top.

8. Yankee Stadium’s pitch is weird.  Seriously, you’ll see what I mean – it’s narrow and tiny, TFC will have to adjust quickly.

9. Oso and Ashtone: We all need to get in touch with Benito Floro and ask for them back.  Yes, exposure to major tournaments and being around the rest of the team is good for you but oh it would be nice to have them back with TFC right now. (Really though I want them to stay with the national team, brief moment of selfishness).

It’s hard to know what to expect in today’s game – everyone will be playing with a bit of chip on their shoulder and Jason Kreis will be looking to replicate the success they had in their first meeting.  Vanney isn’t known for his tactical flexibility but in light of the last game and players now available to him, I think he has to switch some things up.  Here’s hoping Perquis doesn’t do anything dumb, that Seba scores and we see a more cohesive performance.  Prediction: 2-2