Toronto FC vs Philadelphia Union: Is This TFC’s Day To Make Some History? 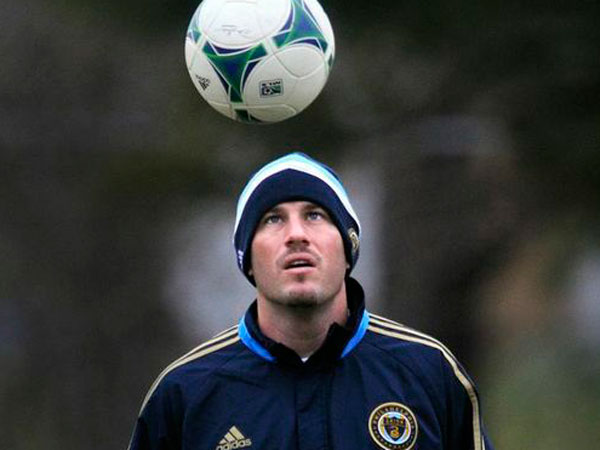 Today could be the day.  If everything goes according to Hoyle, Toronto FC could clinch their first ever playoff spot this afternoon (5pm ET, BMO Field, TSN) when they face the Philadelphia Union.  TFC fans can be forgiven for being sceptical after close to nine years of futility and having the rug pulled out from underneath us.  So if we’re all still watching (and hoping) in a jaded manner, well we’ve got reasons. This doesn’t mean we don’t want success for our team, just that we literally will not believe it until it happens.

Today’s match against the Union should be a walk. No really it should.  Philly is in a terrible place right now; they just (finally!) fired the team president, their coach is on the bubble, they’ve underperformed all year and they just lost the US Open Cup to Sporting KC on penalties.  And TFC really are the better team, with a week off on the horizon and perhaps some momentum on their side.

Even given healthy players (Jackson), expect to see the same starting XI as the past two games (poor Marky Delgado) and not much different in the way of the subs bench especially with more of the young kids – take a bow Jordan Hamilton & Manny Aparicio – getting called up for Canada games.

This afternoon sees the return of Toronto FC nemesis Conor Casey to BMO Field – the ex-Red has a penchant for scoring against TFC. As in it pretty much happens EVERY SINGLE TIME.  He may not look like a canny poacher, but he is, it’s maddening. Also likely to set foot on the pitch today is Warren Creavalle – much maligned during his time here (though often not his fault), he’s not found a lot of time in Philly but did notch an assist in their last game. And although he doesn’t score a lot of goals it does happen.

1. Conor Casey will score. Do not make the mistake of ignoring him.

3. Conor Casey scored the lone Philly goal in that game.

4. TFC need to win or draw + Montreal needs to beat Orlando for today to be THE day.

5. It’s Sebastian vs Sebastien! Don’t make the mistake of counting out Le Toux.

6. CJ Sapong has scored in Philly’s last few games. Watch him too.

7. Jonathan Osorio has been really fun to watch of late.

8. Did mention that they could make the playoffs today?

9. You’re forgiven if you think that won’t happen.

This game is a golden opportunity for TFC to put in a professional drubbing. Philly are there for the taking and a confidence building rout would do wonders for Toronto FC, even if it’s only over a scrub. Let’s not make it interesting today, OK boys? Prediction: 3-1 TFC