Home » Analysis & Opinion » Toronto FC vs Philadelphia Union: Will It Be Curtains For Philly?

Toronto FC vs Philadelphia Union: Will It Be Curtains For Philly? 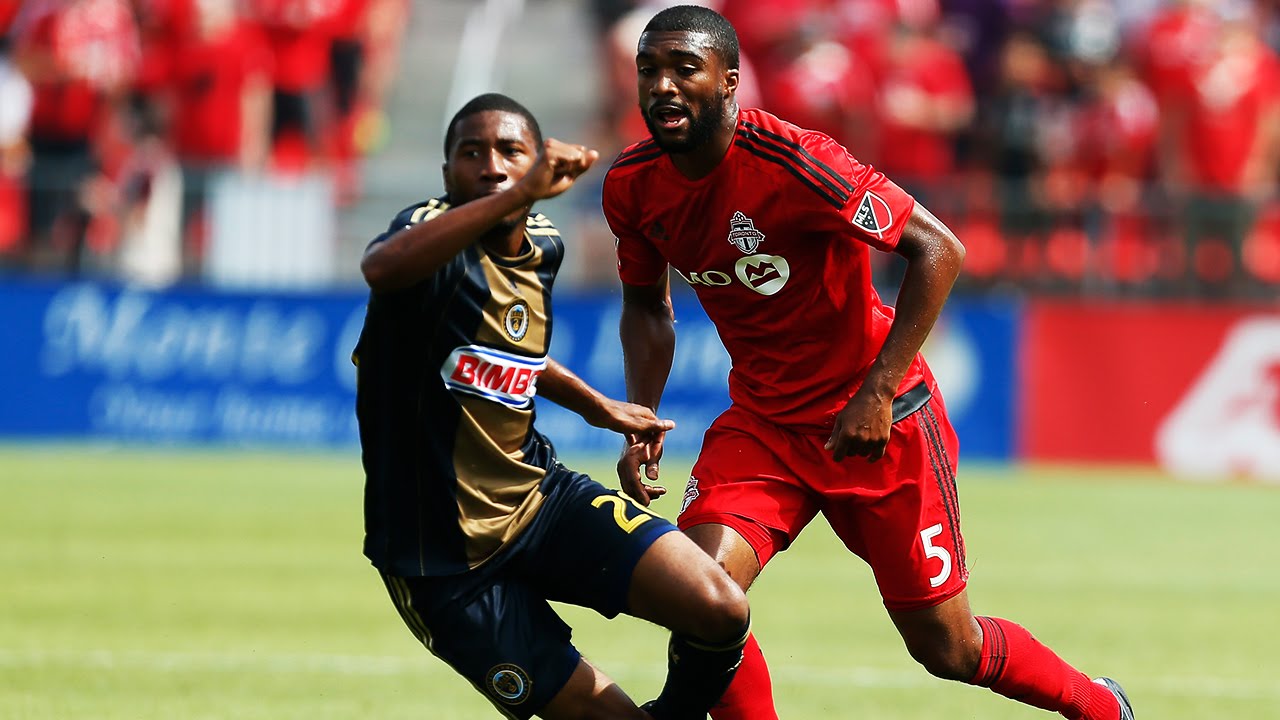 Nine games left, an MLS record still in reach and lots of chatter about whether TFC are the best team in MLS history – what better time to take on one of the league’s lesser lights with the chaos of the Canadian National Exhibition going on in the background?  Seems a match tailor made for Toronto to add to its lead on the league and keep a firm grasp on the Supporters Shield right?  Sure as long as you ignore the Reds recent form against lower level teams, and oh hey Andre Blake is back for the Union…So, lets go to the Ex?

OK, even the return of Andre Blake is unlikely to turn the Union’s fortunes around; or at least not right away.  It’s been a rough season for the Union, they’ve had to deal with a variety of injuries to top players – Blake of course has been out since the Gold Cup, Maurice Edu has been out the entire season; whereas earlier in the season Chris Pontius, Ray Gaddis and Roland Alberg were all out for stretches.  They’re mostly healthy right now and given the mushy middle of the Eastern Conference, a good run down the stretch could see them make it to the playoffs – though that’s still unlikely.

TFC are in much better shape with only Nick Hagglund and Benoit Cheyrou out (likely for the majority of what’s left of the regular season) with injuries as Steven Beitashour returned on the weekend.  Tonight’s match is Toronto’s first of two this week – they head to Montreal to take on the cheesemakers on the weekend – so this may be the first time in awhile that we see Greg Vanney do some squad rotation. Yes every match is important, but games against Montreal are always ones to be focused upon.  It’s true that Vanney took out some of his starters earlyish on Saturday but the question is who gets some rest tonight? It’s unlikely that Michael Bradley will sit, or Victor Vazquez, or in fact Seba or Jozy – so instead could Marky Delgado get a breather?  Does Raheem Edwards come in for Justin Morrow?   The Union (record notwithstanding – only one road with so far this year), aren’t without good players and keeping C.J. Sapong quiet and neutralizing Haris Medunjanin will be key to TFC’s success.

With the Union fighting for their Eastern Conference lives and Toronto trying to beat the 1998 LA Galaxy for MLS historical grandeur, expect this one to be full of attacking intent, watch the battle in the midfield and keep your eyes on the keepers.  I went with 3-0 Toronto FC (I think) on last week’s podcast – that was before I knew about Andre Blake’s return.  I’m going to modify that prediction to 2-0 TFC with another slower start to the game and then Toronto taking over in the second half.

And remember, the answer is always yes: