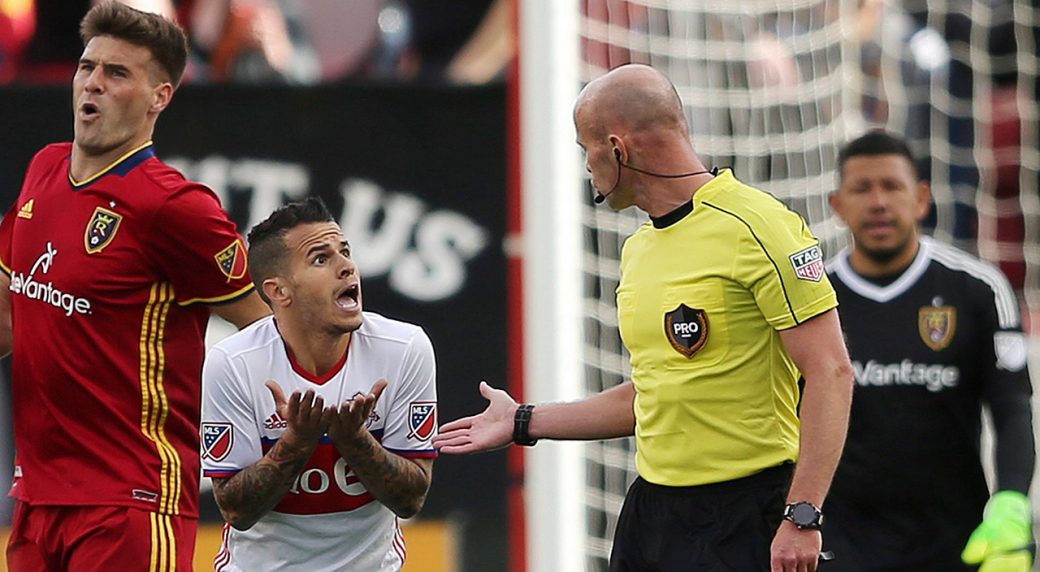 *I know that usually one of the VMP folk post a minute by minute (more or less), however this week you’ve got my ramblings instead.*

The first weekend in the 2017 MLS season has come and gone, and being the first spate of games there’s not really a lot to takeaway – teams are obviously still rusty, new teammates are still adjusting to more established groups of players (some to the league itself) and any number of players are still out injured – basically it feels like preseason, but with actual results.

All of the above can apply to Toronto FC’s match against Real Salt Lake on Saturday afternoon.   They lacked a certain sharpness (even with starting the same XI from the MLS Cup), Victor Vazquez while talented, will need time to gel with his teammates and the league, and a number of players were either away with TFCII or just away (Chris Mavinga).

The game ended in a 0-0 draw – which is more or less what I figured, well minus a couple of goals – as both teams played a mostly cautious game, while working to shake off the rust.  Honestly we’ve seen more exciting games from both teams, hell we’ve seen more exciting games between the two teams, but there’s nothing wrong about taking a point away in your first game of the season, in a stadium that is never friendly.  While there are certainly things that stood out as not so great, there’s nothing glaring to point to or really get that upset about.

Seba’s PK:  This is likely what sticks in most minds, a golden opportunity for TFC to go up in the game and it’s saved by Nick Rimando.  Was it just a case of a veteran keeper that’s done his homework, or has Seba become too predictable?  I’d say it’s a combination of both – Seba always goes for that lower left corner and Rimando is one of the best at stopping penalties.  Does that mean that Seba needs to change the way he takes penalties?  Perhaps, though it’s always difficult to get a striker to change his stripes.  Not to mention Rimando refusal to get on his line while he chattered away at the ref; things like that can shake a player before taking the shot – something the RSL keeper is certain to know.

Defense: The 3-5-2 looks like it’s here to stay and without Chris Mavinga (who returned to Toronto today), we saw our usual suspects in Drew Moor, Nick Hagglund and Eriq Zavaleta at the back.  The three seemed fairly solid – Zavaleta stood out a number of times to me – while Hagglund was often found roaming up top as part of the attack.  Justin Morrow and Steven Beitashour once again flowed up top to put in crosses and provide width – both had some very solid moments, with Beita looking rather feisty on several occasions.  Considering that RSL had twice as many shots as TFC, Moor & Co. did a good job of shutting things down.

Other stuff:  The midfield and the forwards didn’t really get things going – Jozy having to battle Chris Schuler, and the ongoing David & Goliath-esque struggle between Seba and David Horst – were just the two biggest examples of how TFC couldn’t break through RSL’s defense on a consistent basis.  When Victor Vazquez came on for Oso we got a couple glimpses of what VV will bring to the team with a few nice passes.  But we’ll obviously need to see much more from him – hopefully some corners and free kicks – before making any real pronouncements.

That’s the thing with the first game, you rarely see an outstanding performance – especially when playing a team that has some quality similar to your own (though TFC is the better team) – you want them to come out the gate quickly, but MLS is a marathon not a sprint.  The good thing is that there wasn’t anything in that game to really get upset about, nothing to make you think we’ve gone back to the bad old days.  I’m genuinely looking forward to this weekend’s game against the Union as Vanney will have a more complete squad to work with (psst: next time sub on Ricketts), the team has a good starting place to work from, and we get to make cheesy Chester jokes (we all need laughter in our lives).