Toronto FC vs Real Salt Lake: The Return of the Joao 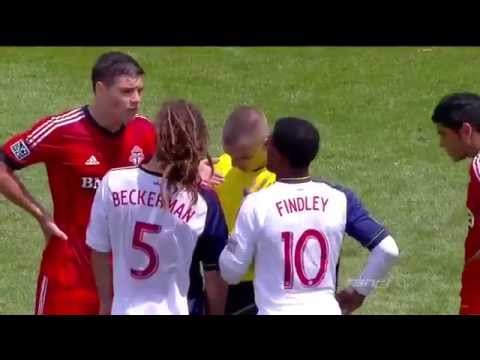 Another game already?  We don’t even get a full week to celebrate our glorious new silverware?   Fine, if we have to.  So who’s up next?  Ah a host of ex-Reds and the dreaded wonder from sexy Sandy, Utah – you know I did see a bunch of Mormons on the subway the other day, almost like an advance group before RSL arrive.  Tonight’s game is the second of three games over six days for Toronto FC and the second in a four game homestand – a great chance to solidify their place near the top of the Eastern Conference and add to what is becoming a solid home record.

Real Salt Lake have long been one of the top teams in the league, always in the playoffs, always in CCL, keeping a strong core of players each year and so on. However the past year has seen some changes in management, players have started move on and they’re not quite as fearsome as they once were. Still in a playoff position and coming off a win in Philly, RSL come to town with three ex-Reds on the roster and one of the best goalkeepers in the league.

The real battle in this game will be in the midfield – this is when we’re really going to miss Benoit Cheyrou’s presence as his knowledge and ability would be very helpful in stifling the RSL attack.  Not that Marky Delgado didn’t have a great game on the weekend, and along with Drew Moor he managed to keep Higuain almost invisible, but can he stand up to the savvy of Kyle Bekkerman and Javier Morales?  Not to mention the speedy attack of former TFC player Joao Plata?  Well, we’ll see tonight.

TFC coach Greg (Asst Professor of the Game) Vanney got a great result out of a young team on Sunday – with so many games this week and players still returning from injury – OK, Jozy returning from injury – it is unlikely that he’ll juggle his squad too much and likely let Altidore rest given the short turnaround.  Could we possibly see Tosaint Ricketts get his first start?  Or will Jordan Hamilton be given another opportunity to prove he still deserves minutes going forward.  Think the backline will likely stay the same as they did excellent work on Sunday and Alex Bono had his best match for Toronto so far this season.

Expect more of a grinding game than the one on the weekend – both teams are playing on short rest and Toronto will be looking to play a more conservative game against a more veteran team in RSL. Should be a fun game though – however sticking with my podcast prediction of 1-1.