Home » Match Previews & Reports » Toronto FC vs Seattle Sounders: What The Deuce Will TFC Do In The Wake of Injuries?

Toronto FC vs Seattle Sounders: What The Deuce Will TFC Do In The Wake of Injuries? 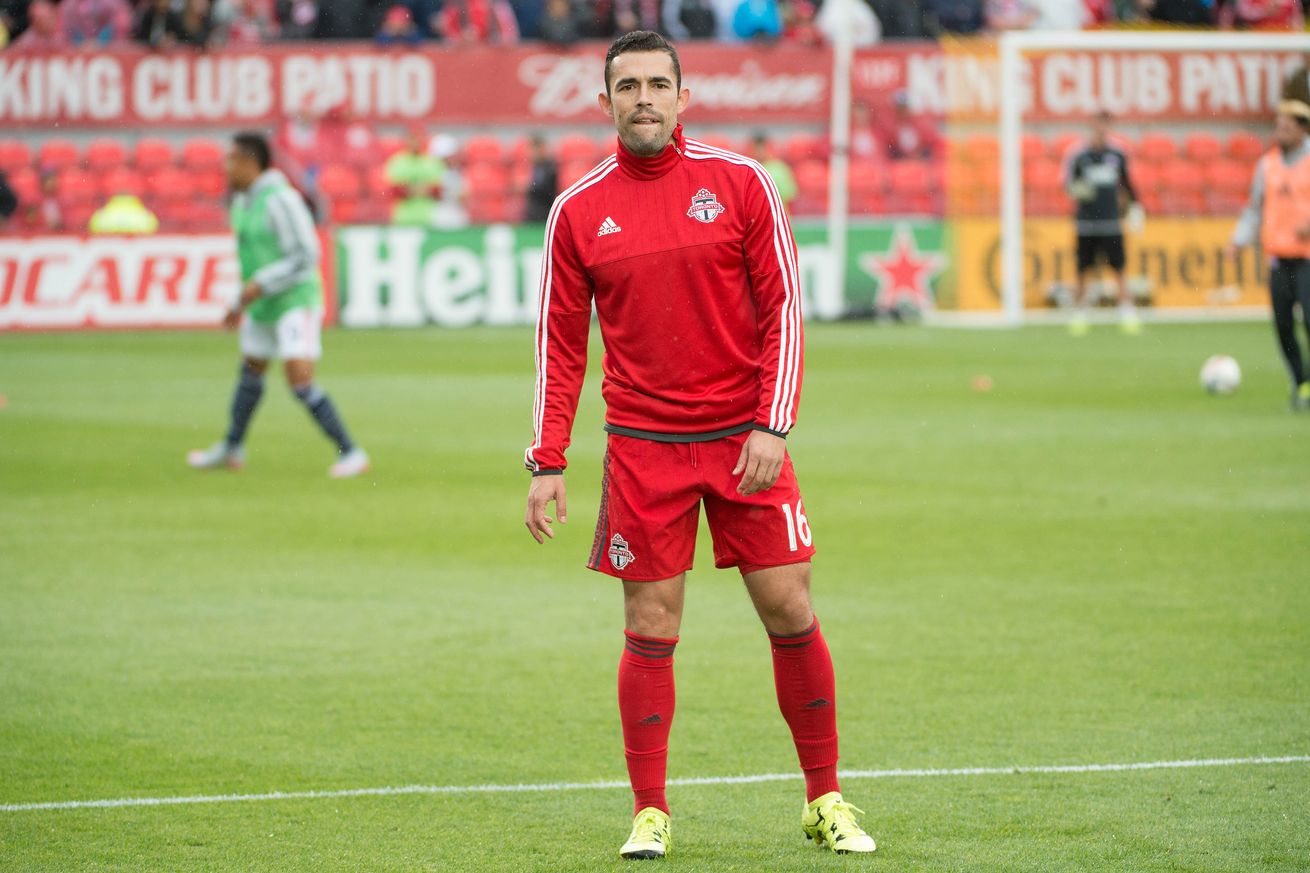 WEEEEEEE ARE THE CHAAAAAAAMPIONS MY FRIENDS!!!!!!  And WEEEEEE’LLLLLLL keep on….sorry, still celebrating the glorious triumph from Wednesday night; but I won’t waste any more time on that…

So while Wednesday was loads of fun (it really, really was!), Toronto FC have to refocus and turn their attention to tonight’s match against the Sounders.  This is the only meeting between the two teams this year, it’s the first time that the Sounders have come East in three years (nice balanced schedule there MLS) – and well, for the first time in many years they are not exactly a team to be feared. Mired in second last in the West, having scored the fewest goals in MLS, and with only one win on the road (and only four points total from road games) they are a faint shadow of what they once were. Seattle’s woes aren’t all that surprising when their top scorer is a rookie – 21 yr old Jordan Morris – who shouldn’t be the player that the sounding enthusiasts are using to rely upon after Obafemi Martins’ departure.  Sigi & Co. will of course have Clint Dempsey back from USMNT duty in Copa America and will be looking to him to make an immediate impact on the floundering team.

Seattle’s poor run of form comes at a welcome time for TFC given the team’s injury ravaged lineup.  Let’s tote it up shall we?

SIGH.  Oh I forgot about Steven Beitashour!  Well, he’s not on the official MLS injury report so perhaps he’ll be OK to go tonight.  Oh and while not injured, Josh Williams is out due to the red card he was issued in the game against Orlando.  And has anyone actually seen Damien Perquis recently?  I’m pretty sure that he’s not locked in Duncan’s basement, but is he going to reappear anytime soon? Surely that subs bench needs some warm bodies.  Seriously though, how many kids from the academy can we poach?  The real issues are the loss of Johnson, Irwin and Bradley (especially with Johnson out); the midfield is starting to look paper thin, Benoit Cheyrou will have to continue to anchor the midfield and if he goes down…well I shudder to think of what that looks like.  As for the GK problem, it would appear that Alex Bono has been tapped to fill in for Irwin (really wish we could see Q out there) but a solid VCup appearance has likely earned him some time.  As for the goals?  Well, at some point Seba has to break out, right?  Someone else will also learn to set him up and/or score their own goals?  It will happen; right?

I know this seems a bit doom and gloom given the events of Wednesday night, but a team can only survive on celebratory adrenaline for so long – as more and more players fall by the wayside for great lengths of time, the more difficult it will be for them to deal with in game situations, handle minor knocks to players and play through a packed schedule.  They’ve got eight games over the next five weeks and today’s match is the fifth in two weeks; not a lot of time for players that are playing more than usual to rest and rehab if needed; but also little time (and right now personnel) to rotate players to keep them fresh.  Yes TFC have a slew of home games this month, and yes, they’re only just below the red line, but this is starting to ring an all too familiar bell; when the temperatures soar Toronto FC’s fortunes tend to fall.  Maybe it’s the heat, the humidity, Celsius vs Fahrenheit?  Whatever it is that oft ails them can hopefully be shrugged off this year.  What we hope for is that the disparate parts that are remaining can come together and get some positive results at home.

Although I’m rather gloomy and though there are the many lineup difficulties I still expect TFC to win today – even with Toronto being the cure for what ails most struggling teams – they should have enough to get past the struggling Sounders.  Sticking with my podcast prediction of 2-1.