Home » Match Previews & Reports » Toronto FC vs Vancouver Whitecaps: Centre of the Universe Takes on The Sea To Sky Highways

Toronto FC vs Vancouver Whitecaps: Centre of the Universe Takes on The Sea To Sky Highways

Posted By Kristin Knowles on May 14, 2016 in Match Previews & Reports, Uncategorized | 0 comments 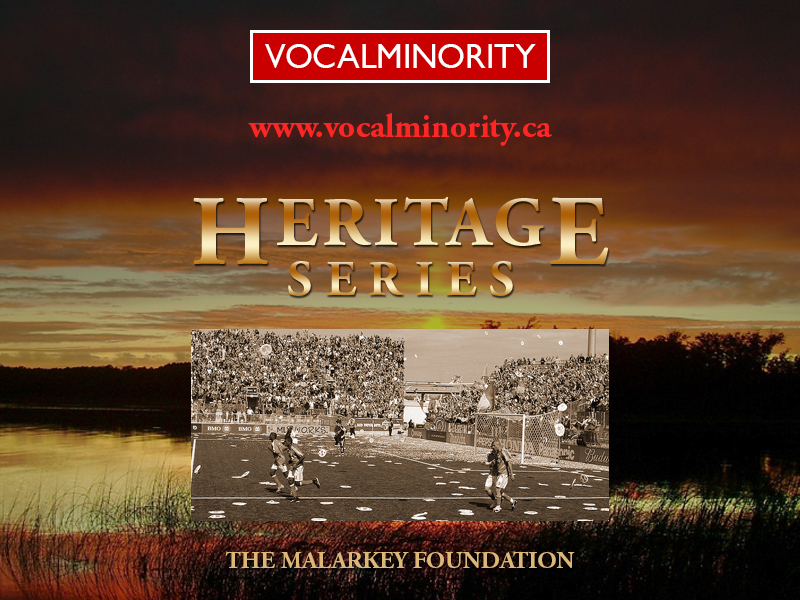 What better way to celebrate Danny Dichio Day (Triple D, ooh) than to take on those pests from the west coached by (still my favourite) former Red – and good friend of Dichio – Carl Robinson.  Yes before the game starts there will be a ceremony commemorating THAT GOAL:

Fun, right?  If you were at that game you remember the relief and the joy of that goal.  And then you remember the seat cushions.  Hahaha – oh how we remember the seat cushions.  Can TFC replicate that level of fun today?  Unlikely; it’s difficult to get that amount of joy at a match that isn’t playoff related.  However, hopefully everyone’s on hand to give Danny a proper hand and ovation – which he deserves and I will fight anyone that says otherwise.  So there.

Today’s game is the second in a four game home stand for Toronto FC and the first of a three game run over the next eight days.  Games against Vancouver always have a bit extra emotion around them being our other Canadian rivals and the team we love to beat (at BMO anyway).  Also because of multiple years of Voyageurs Cup hilarity.  As mentioned the Whitecaps have never beaten TFC at BMO Field and this is a tradition we can all believe in!  What you don’t like tradition?  What’s wrong with you?

Vancouver have not had the start to the season that they’d hoped for – and many had expected – with uneven play to start and an abysmal road record – four losses, only five goals scored and eleven let in.  Coming into today’s game they’re rather short-handed with Octavio Rivero out injured (ankle injury, he didn’t travel), Kendall Waston suspended (yellow card accumulation) and Masato Kudo also injured (broke his jaw in their last game).  The first two are massive losses for Robbo & Co.;  Rivero has been a driving force offensively for the Whitecaps and Waston is a key part of their defense.  Bad for them but potentially great for us, especially being the only MLS game between the two teams this season.  Of course they still have Matias Laba (SIGH), Blas Perez (remember him?), Christian Bolanos and more – they’re by no means without weapons.

However, all of this should still be good news for Toronto; they’ve got some nice momentum from last weekend, they’re in the comfy (it’s still comfy) confines of BMO 5.0 and it’s raining.  We know from years of standing in the miserable rain and cold of BMO that TFC like the rain, even without Andrew Wiedeman.  The only (well other than the cold and the rain) downside to today is that Marky Delgado is out injured from a knock suffered in last Saturday’s win over FC Dallas.  Good news is that means a start for Jonathan Osorio who has looked quite good in the past few games he’s played.

The rest of the Starting XI should be exactly the same as last week, and that’s a good thing.  The presumptive XI for Toronto FC right now is playing well, building familiarity and chemistry and that is something we’ve longed for here – a team that knows one another, that can anticipate and play off each other’s strengths.  Hopefully this month cements those relationships before Copa America and Euro absences throw a little wrinkle in for a few weeks.  But it has been good to see the defense working together so well, to have that midfield communication and flow (yay for MB finding a place to play!) and hopefully the forwards can get their game going into second gear during this home stand.

This is likely to be a bit of a grinding game -unless Toronto FC can take advantage of Vancouver’s weakened defense and let some goals fly.  Either way this should be a win for Toronto; for tradition’s sake if nothing else.  My (I believe) prediction from the podcast of 2-0 (might have been 2-1) still stands.