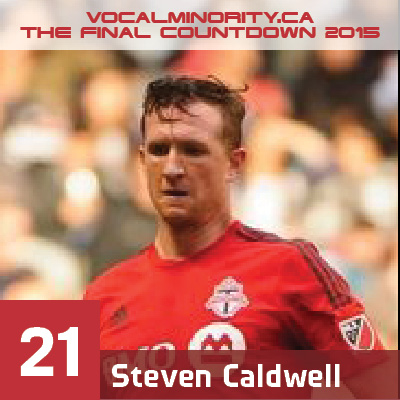 Kristin: 20 *Not his fault in the end as the brass failed to realize his limitations for the year. Last proper leader on the backline we’ve had and while we won’t miss the ‘oh dear gods make him stop waving his arms!’, miss the leadership.*

Oh captain our (former) captain.  It never was going to happen for you this year was it?  It all started in the off season and the horrifically handled stripping you of your captaincy – over the phone? Really guys, you told him over the phone?! – that set the tone right there.  And you mouthed all the right things and were vocal and supportive; the things that you’ve always done.  But we knew, especially after watching this video – which is before it was confirmed that Bradley would be captain but if you watch from around the 2:30 minute mark onwards you get the idea:

Caldwell was always a bit maddening with the arm waving thing – seriously how did he never get called for that? – and you get frustrated when players that you want to do well start getting injured and are a step off what they once were.  Was Caldwell the best CB we’ve had?  Maybe.  He’s certainly the best we’ve had the past two years or more and one of the best overall. You always knew he was in control of that backline, always kept them organised and communicated with the rest of the team. At the same time he mentored a number of the younger players to be better players, which is what you want in a captain.

It’s hard to judge because he only played those two games and then had the four month ‘will he, won’t he’ status until his official retirement in July. And yes, he gets a higher rating because of history and what could have been.  Wish he could have played this year, or played longer, because this wasn’t the way you want to see a career end.  Hopefully he continues on with the analysis work and ultimately it’d be great to see him more involved with the team. Thanks for everything Captain. And for giving us this: 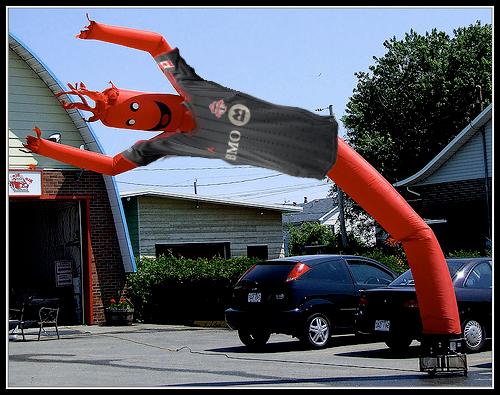 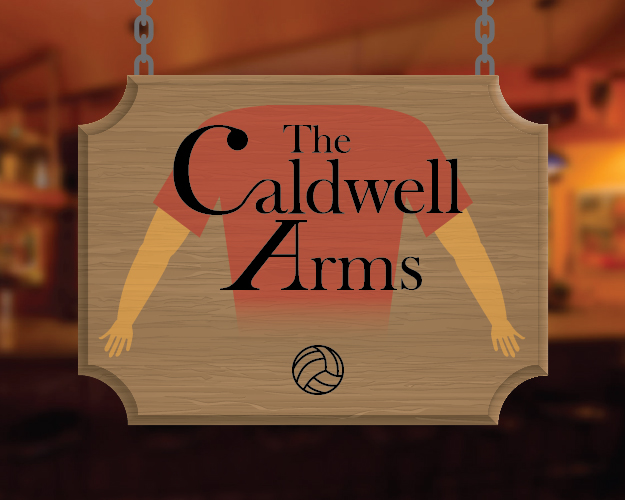 ‘Last call gents! This round’s on the house.’

Duncan: 23 Given how they stripped him of the captaincy and then persuaded him into retirement, neither of which it seemed like he was all that happy about, you get the impression that Vanney and co thought they could easily do without Caldwell this year. How’d that work out for you, you dummies?  Caldwell was sorely missed, mainly his leadership and organisation at the back. I quite enjoy his TV analyst work, his corporate cheerleader work not so much.

Mark HSV 20. This is tough. Obviously we know he is better than most of the players on this list. But he got injured and retired, so only played 2 games. Basically, I’ve ranked him at the top of the group of players who played around 200 minutes or less, because his minutes would have been more valuable to the team than the other guys.

Yelling at soccer  25. Should have been sent to the glue factory last year

TC St Clair 19. Played and started only two games. Went out with a bang. Would have ranked him higher had he played more.

Jordylike 20. Left a big flailing hole at the back, now the defence leaves me flailing in disgust. Will be missed.

Jason Anderson 16. Ahead of Kantari purely on arm-waving abilities.

Ben Bromley 16. Poor Steven Caldwell. May he flap his arms into retirement gracefully.

Richard Wyatt 23. Wait, didn’t he retire and become a scout? No, wait that was Danny Califf wasn’t it.

Mike Newell 27. Played a game and a half. Really shouldn’t be on the list.

Enrico S 27 (actually an N/A, but we need a number so that works out to 27). Oh Captain…. Hope he does well in mangement…and Thursday night beer league soccer at The Docks.

Aaron Bennett 20. Fantastic player, leader and above all person. I don’t feel the ranking reflects his contribution to the team. He did not play a full season so it’s difficult to justify a lower position on this list.