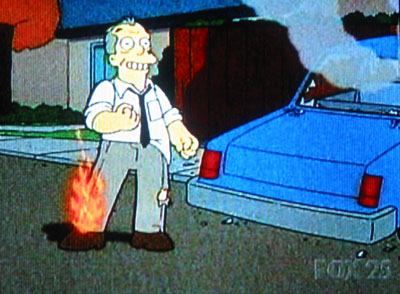 It was inevitable wasn’t it?  That Gilberto would come back to MLS but in no way would he be able to come back to Toronto FC – Core DP or no.  And well, he’s baaaack (in pog form!).  After rumblings the past few days that things had soured at Vasco de Gama – not to mention his lack of production of late – there came talk that he was looking to return to MLS.  What we didn’t know was that Vasco had terminated the loan and that he was indeed on his way; but of course TFC already have the league maximum of three DPs so he had to put on waivers.    As Chicago is last in the league – ooh, being in the basement has some upsides! – they are first at the top of the waiver pile…Plus the league just let Didier Drogba go to Montreal for a pile (we assume it’s a pile) of Garberbucks, so off to the Windy City goes Gil.  It’s Gil’s time to shine!

There’s no predicting what effect Gilberto will have on the Fire; they’re a team that is in a season long freefall, with coach Frank Yallop the favourite to win the sack race.  But they are desperately in need of help; with Magic Mike McGee just recently back from injury and Harry Shipp nowhere near the form he had last season.  Is Gil the answer?  Quite possibly – it will depend on whether he can regain the form he had earlier in the year and doesn’t have the same adjustment period as he did last season.

I of course am happy to see him back, but not to a rival – I was/am a fan of his (I wrote this when he left) and I think that TFC cast him aside for newer, shinier toys as they often have in the past.  So to that end I hope he lights it up and does as well as Matias Laba has been doing for the Whitecaps; though it pains me everytime I see him in something other than TFC red.   Welcome back Gil, hope those wolves are long gone.

Still the best thing ever