Duane’s World: Should The Cynics Cheer Up and Accept The New, Successful Toronto FC? 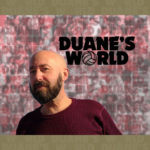 The Vocal Minority have a well-earned reputation for reserving excitement towards the Mighty Reds of Liberty Village, and resisting the temptation for hyperbole when reporting on positive play by the club.

For years, this was a sensible direction to take. When Danny Koevermans called them the Worst Team in the World five seasons ago, I actually set out to objectively study the statement. In an article I wrote for Canadian Soccer News (sadly the link is dead now ‘cause we deleted all of 2011-12 after the 6 day bender that followed the Bloody Big Deal press conference), I demonstrated that Kovermans was slightly off; TFC was only the 7th worst performing team playing in a first division league over the previous season’s worth of games.

I’ve mentally blocked out the formula I used, but that was illustrated by, like, math and stuff. Objectively, TFC was the 7th worst team in the world.  Subjectively, the poor bastard likely had a point. Why he still seems to love the club is both endearing and confusing.

So, yeah. The VM Crew have been justified in their cynicism. It’s also understandable that they would be slower to react to this strange new reality of Toronto FC.

Naturally, when Greg Vanney says things like “TFC is the deepest MLS team of all-time,” the reaction around here is to snort and think of ways to out joke one another in efforts to dismiss the statement as prosperous.  I, however, am the interloper writing for VM on the side. I’m less encumbered by the cynical past and can evaluate the statement on its face value.

God help me, I think he’s right. Beyond that, I’m not even sure there’s much competition to the claim.

Yes, Recency Bias is going to play a role in this evaluation. Bias is unavoidable, but it can be overcome by simply putting things into a logical context. The context of this debate is TFC’s current eight game undefeated streak, which includes seven wins. In the history of MLS, only a handful of teams have played a stretch like that. What puts the run in the conversation for the best regular season run of form by a MLS team, however, is the six wins in a row over 22 days.

That doesn’t happen. Ever. It rarely happens that a team even wins three in eight, and when the third game is an opposite coast road game…What? How? TFC???

It was from that run that Vanney made his bold statement, and if you’re going to argue it then you need to show your work. The reality is that players like Jay Chapman, Jonathon Osorio, Armando Cooper, hell, even Jordan Hamilton are all regular starters for 80 percent of MLS teams. All fight tooth and nail to see the pitch for TFC.

That’s not a situation that is normal in MLS history, where a strict salary cap prevented teams from building anything close to depth. There’s a reason MLS has consistently failed to compete internationally and that they are starting to do better – that reason is depth.

So, it turns out that maybe it’s not that bold of a statement to say TFC is the deepest MLS team of all-time. Maybe it’s really just saying they are the deepest team now because all MLS teams now are deeper than even the deepest teams of as recently as five years ago.

If you want to have that debate there’s really only one other team in the discussion – FC Dallas. There, I would argue that TFC’s top end talent is higher, which tips the scale in their favour, but I acknowledge there is a conversation to be had.

Regardless, the more interesting debate is this: Is TFC the *best* MLS team of all-time?

That answer won’t come until December.