Toronto FC vs New England Revolution: Unbeaten In Eight vs Unbeaten In Ten At Home – Who Triumphs Tonight? 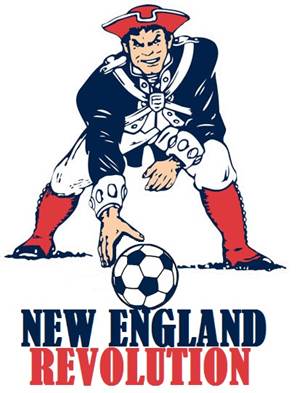 In his most recent column for us, Duane Rollins (Duane’s World! It’s party time, it’s excellent!), called us (and anyone still residing in the cynics circle) out for not embracing the Reds’ current success.  And with Toronto FC unbeaten in eight MLS games (that bump in the road in Ottawa notwithstanding), top of the league, best record, best road record and so on, he may have a point.   I consider us cautiously optimistic/hopeful – it’s not as though we’re cheering for TFC to fail, we like it when our team wins, really we do.  But we wouldn’t be us if we didn’t look at things from a different perspective; and besides when you’re a fan of a team (club or country), how often are you truly all in?  How often do you throw all caution to the wind and not have that niggling sensation that says “today’s when it falls apart”, even if only for one game?  Don’t mistake cynicism/piss-taking/fun making/etc for lack of support – do you really think we’d spend all of our time doing this if we didn’t support TFC?  None of us are that masochistic.

That long rambling preamble should do nicely as the intro to this preview.  TFC are on the road against the tea terrorists this evening and this game is a real test of all that depth that Greg Vanney keeps talking about, specifically attacking depth.  Toronto have scored nine goals in their last two games at home (plus two clean sheets) and have used a number of different players to do so (Justin Morrow – goal machine!).  Victor Vazquez (or Victoire as I call him), has been scoring (see what happens when he takes free kicks?), as well as assisting as of late, and when in the comfy confines of BMO Field everything seems to be clicking on all cylinders.

Away from home, it’s still fairly decent – Toronto FC have the best road record in the league (3-1-3), and it’s been over a month and a half since they lost.  The Rev are having another less than solid season – away from Gillette Stadium that is – but at home their record (4-0-2) comes close to rivalling Toronto’s.  The tea terrorists never seem to be able to put their good parts to use on a consistent basis, though a hard fought draw on the road against the pizza rats on Wednesday night show what they can do.   Playing at Gillette Stadium usually fills most TFC fans with dread (poor Danny K), as something always seems to happen on their plastic pitch.  Apparently the turf is brand new this year and a much higher standard than what they’ve played on in the past, which honestly is good news for everyone.  If it’s contributing to their home form, then good for them; and if it means fewer injuries and better soccer for all, that’s great for everyone.

Best road record in the league meets unbeaten in ten at home; deepest team in the league vs high flying offence; or just an Eastern Conference tilt?  All apply really, and tonight’s match should be a good game on both sides.  Expect Toronto to be more defensively minded given the speed that the tea terrorists possess, and their top goal scorers more than equal Toronto’s.  Cody Cropper has been excellent for the Rev and Toronto have used both Alex Bono and Clint Irwin to rise to the top of the standings (expect Bono to start tonight) – so while both teams score their share of goals, I don’t see this as a goal fest.  Most of the VMP panel went with a draw for tonight’s match but I think I’ll stick with my (cautiously optimistic) prediction of 2-1 for Toronto.