Posted By Duncan Fletcher on May 6, 2015 in Match Previews & Reports, Uncategorized | 2 comments 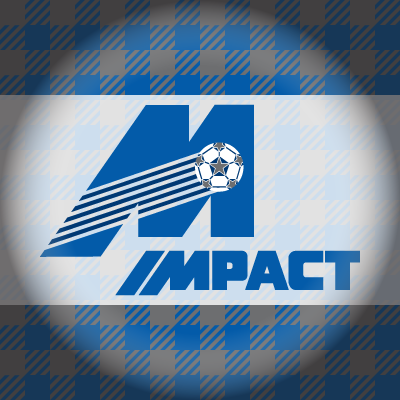 For a change, this is Duncan bringing you this report. You’ll see why soon.

Voyageurs Cup time. Toronto vs Montreal. All sorts of fun. Or probably not given the lineups. Here’s TFC.

Sigh. B+ team at best, and not even in a Canadian way. Well done Greg, way to piss off the people who care from both possible angles. Ah well, anything could happen I suppose. For example there could be a snowstorm that forces the game to be postponed, which is what actually happened in Edmonton today, so sadly no double header.

15′ – Not much happened so far but Osorio gets a chance after being gifted the ball about 25 yards out, he puts it about a yard wide.

40ish’ – Montreal have switched Oduro into the middle/left instead of the right wing. He’s now going at Zavaleta and Creavalle and looking dangerous, but you know, he’s still Oduro. He gets a decent chance but Konopka comes out and saves it. Oh yeah, he’s got blue fleur de lys shaved into the side of his head. Pizza was better.

Shortly after this a BBM comes through that the South Couch is empty as Mark forgot about the game. So instead I’ll take over from my couch on the east sii-eeeed of my house. Perhaps you interpret the threadbare notes of the first half as being down to me being unprepared to do this, but no, it’s mainly cos bugger all happened. Things can only get better.

Halftime Mood: Meh. Not a lot really happening from either side, the performances about as inspired as the lineups. Impact 0, TFC 0

50′ – Oduro spins on edge of box then gets a shot off, goes about a foot or so wide. Not bad by his usual standards.

53′ – Jack Mack and Ernie with a weird scorpion kick kind of attempt from about 10 yards out. Good athleticism to even try it after the ball was played behind them, but it’s about as dangerous as you’d expect. Easy save for konopka. All impact so far this half.

56′ – Oduro steals the ball from Morrow, sets up Eric Alexander about 20 yards out.  His shot is high and wide, but there’s some swerve on it….Sadly for him, that swerve just takes it wider. Spectacular stuff.

59′ – Foul called against Ciman as he goes to block a shot about 25 yards out. Free kick. Giovinco? Sadly not available. Bradley bends it around the wall and low, but too close to Kronberg who pushes it round for a corner. Not a bad effort.  Corner gets cleared and headed back right to Kronberg. Shot on goal? Sure, let’s say it was.

61′ –Sub. Tissot off for Romero. Not good news for TFC

66′ – Dobson talking about Morrow looking injured.  That would not be good.  He continues though.

68′ – Oduro puts Jack, Mack and Ernie through on goal. Konopka comes out, they hesitate and Morrow (or Moore if you’re Gerry Dobson and Lloyd barker) catches him and nothing comes from it.

69′ – Goal. There it is. Reo Coker puts a cross in from the right, it gets behind the defence, low, Zavaleta watches it go by and Jack Mack and Ernie put it in from the back post about 6 yards out. Impact 1, TFC 0

73′ – Subs. Bradley off for Cheyrou, and Lovitz off for Chapman, making his first team debut.

74′ – Sub, Piatti on. Impact going for it, smelling weakness, though it’s Oduro off, so maybe not as he’d looked very dangerous, bit of a surprise he’s the one to make way.

78′ – Yellow to Bernier for a foul on Cheyrou, that I thought wasn’t a foul at all, very very soft.

79′ – Chapman dinks a ball into the box, Moore nearly gets it, but Kronberg gets there first. That counts as a TFC offensive highlight for this game.

83′ – Warner bursts into the box then confuses himself as he tries to beat a man and loses the ball without getting a shot off.  Then shortly after Warner throws a hopeful cross in. Osorio at the back post can’t get his head on it.

Since the subs, TFC have come into the game a lot more. Mainly due to Oduro coming off I think. Not really creating chances yet, but are at least playing the game in the right half a bit more now.

89, Ciman headbutts Chapman in the back of the head, Chapman’s fine, Ciman is either stalling for time or possibly concussed. But after a minute he’s back on.

90+2, Morrow throws a cross in, Delgado doesn’t quite get to it, his jump blocked by Miller.

Is Meh going to start trending after the #VoyageurCup game?

Man of the Match: Not a lot of candidates here from TFC. No-one deserves it so what the hell, Jay Chapman can have that on his debut.

Goat of the Game: We always pick on Findley for being invisible, so only fair to pick on Luke Moore for the same. He did nothing, can we bring Dike back from San Antonio?

Ref Rating: 4 out of 5. ‘Toronto referee’ Petrescu didn’t do anything outrageous.

In Case you PVR’d it. Do not under any circumstances watch the first half. If you like scrappy and sloppy football but with intent and some goalmouth action, and don’t mind that it was almost all against TFC, then the 2nd half’s worth a look.

I’m not the gaffer but…: Vanney managed to annoy anyone that cared with his lineup. You can either please people by going with the first team and really trying to win, or you can somewhat please people by giving some Canadian kids the chance to get some minutes. He did neither. Boooo. The tactics were similar to what we’ve seen the last few games, focused on the defence, which generally looked fairly solid while again giving the opposition plenty of the ball. Unfortunately up front, Moore and Osorio are a poor alternative to Altidore and Giovinco.  It’s like in 2010 when Preki concentrated on defence, but with De Ro and Chad firing on all cylinders managed to get some goals and some wins, but when injuries reduced it to Obie and Ibbe up front it was pretty hopeless. TFC never looked like scoring here, pray that Giovinco doesn’t get hurt.

So a dull game, but hey, we’re only 1-0 down going into the second leg so still very much in with a chance if TFC do actually want to go for it.  And now, unlike Sam Beckett, TFC finally get to make the leap home.