Posted By Kristin Knowles on Nov 30, 2015 in News, Uncategorized | 2 comments 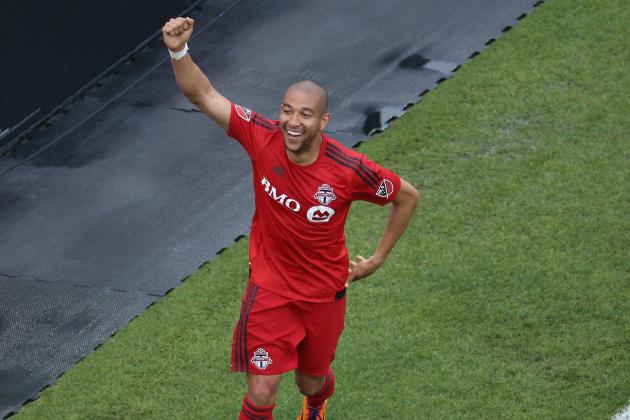 TFC fans, start your (off-season) engines as the Toronto FC front office starts the process of assembling next season’s team.  First – and very welcome – up is the absolutely great news that Justin Morrow has been re-signed to a multi-year deal.  Morrow has been one of the bright spots over the past two years; a consistent presence in the starting team, one of the best players each and every game and a strong advocate of TFC’s work in the community (he’s ably filled the void left by Andrew Wiedeman).

I’ve been a fan of his since the beginning – a more than solid defender, his presence on the pitch was notable most games and even more noticeable during the few absences.  Remember the aprehension you’d feel whenever you’d see the starting XI and his name wasn’t on it?  The team is always better with him – Morrow is one of the few players that rarely put a step wrong and you’d be hard pressed to find a fan or journalist that covers the team, that would have anything negative to say about him.

Even in this past season when he was asked time and again to play out of position – and be our best right back – he still managed to be effective most games and bring what little bit of consistency the backline had last season.  Re-signing him needed to be the off season priority for Toronto FC – regardless of other needs – having Morrow back is needed for this team to have a chance at progressing and being successful.  Kudos to Bez & Co. for making this happen.  Welcome back Justin.