Home » Analysis & Opinion » Voyageurs Cup Final – Toronto FC vs Montreal Impact: Will TFC Go For It In The Away Leg?

Voyageurs Cup Final – Toronto FC vs Montreal Impact: Will TFC Go For It In The Away Leg? 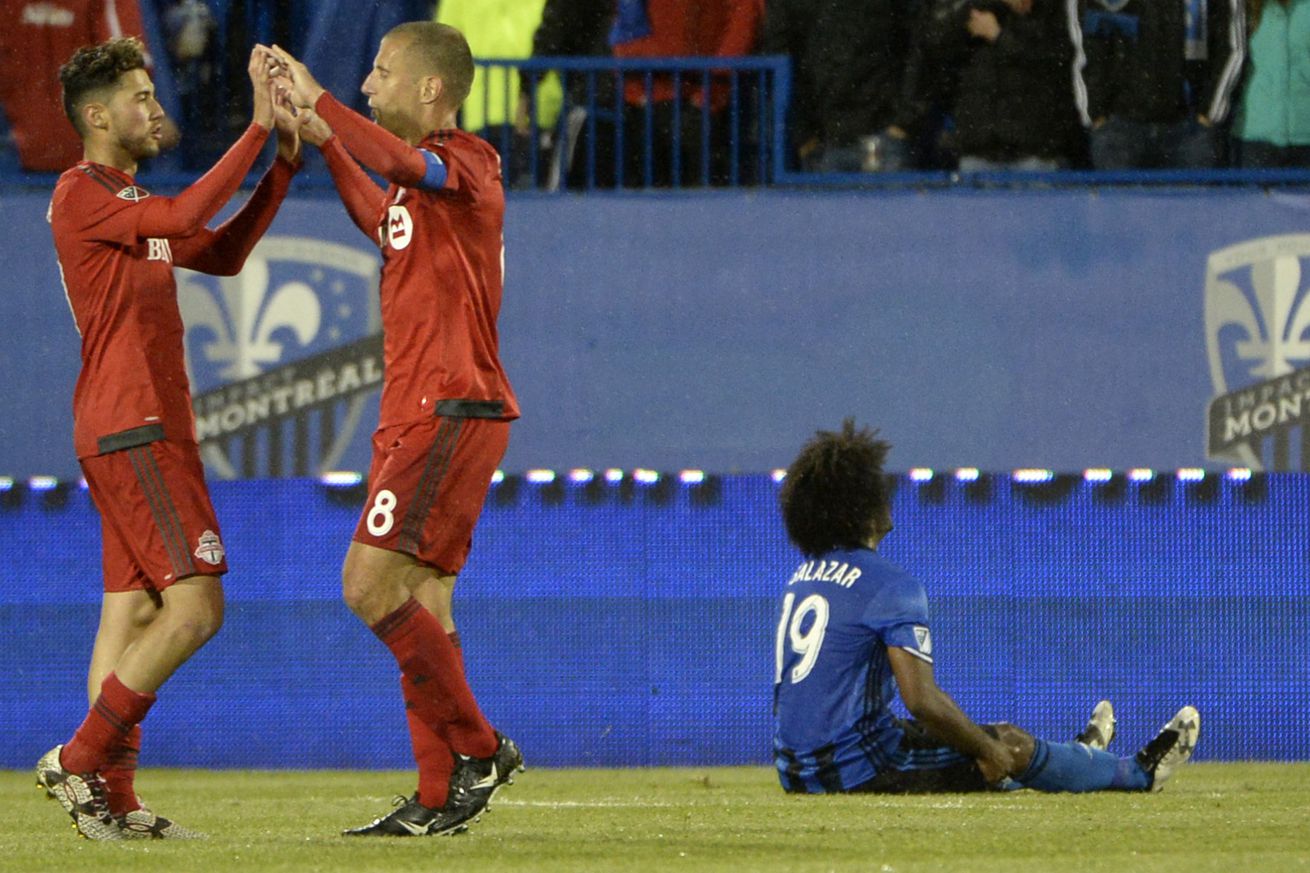 And now we dance!

It’s time for the Cup final!!  What already?  Not that cup, the other one, the Canadian one – it’s super fun, honest!  Yes it’s time for the Voyageurs Cup Final – this year it’s between TFC and the Impact with this week’s leg in Montreal and then the home leg next Tuesday here in Toronto.  If Toronto doesn’t win then the two teams will play each other (for the gazillionth time this season), in August in a one off game at BMO Field.  I’m sure that the additional game won’t cause any fixture issues for Toronto – *checks schedule, not too bad actually – away game on Aug. 5th, one off game at BMO on the 9th and then at BMO again to play the Timbers on the 12th – could be worse.

The big question for the away leg is what kind of team is Greg Vanney going to field?  There’s been a fair amount of grumbling from the TFC camp about the short turnaround between the Voyageurs Cup match and this Friday’s MLS match against the tea terrorists (and then another VCup match on Tuesday).  As we said on the podcast this week, it’s not as though this game is a giant surprise – the Voyageurs Cup schedule has been known since early March, the MLS schedule for much longer – so really guys just sort it out and stop complaining.  Is it optimal?  Absolutely not.  Would we (and you) rather it be any other way?  Absolutely.

Now back to the starting lineup and what choices Vanney might make:

As for Montreal, well it’s the home game for them, there’s a bit of revenge seeking on the table (VCup, Eastern Conference Final anyone?) so they’ll be looking to dominate early and take control of the game (and the series) right away.  There’s also the underlying rivalry between the two teams (and cities) which always brings extra intensity to these matches; which generally leads to some pretty exciting games (yay us!). The Impact have some speed, they’ve got some quality and they got some good villains/feisty players – honestly they’re likely better than where they are in the standings – these two games will not be a cakewalk, for either team.

Montreal will be without Ballou Tabla and Toronto FC are still missing Tosaint Ricketts, so both teams are pretty much even in terms of missing players (missing Canadian players even), so the scales don’t tip in either team’s favour in that regard – really the difference will be how strong a team TFC decides to field and just how hyped up the Impact are.  I’m expecting a scrappy game, a fast-paced game and unusually, a loss for our Reds (I predicted a 2-1 loss on this week’s podcast) – it’s not that I think Toronto can’t win this match, it’s more that I think they’re going to focus on this week’s MLS match instead of the away leg regardless of what Bill Manning has said in terms of the Voyageurs Cup being a priority.  TFC are strong at home and will be thinking that they can win decisively next week – though I hope to be wrong.  Prove me wrong Greg, prove me wrong!