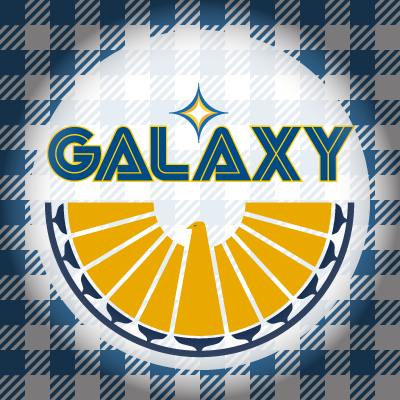 Finally a week off from doing the stupidest commute ever. Nobody should need to take that much public transit to get to a footy match. Now I have the comfort of a couch in a basement and no concern if there’s a roof or not, midges, gnats, mosquitoes, rain, lightning, thunder, floods, uprising. Safety. Ahhhhh…

Toronto are coming off a draw last week in the stupid stupid rain and are without “Captain America” (not my nickname) Michael Bradley and “Bishop” (it’s X-Men, I promise) Jozy Altidore who are suiting up for the US Men’s National Team, and missing “Captain Canuck” (why not) Ashtone Morgan and “Wolverine” (for balance in this metaphor) Jonathan Osorio for the Canadian Men’s National Team, all for the Gold Cup. As best put by Kristin in the match preview, this is a test for the salmon shirted one.

9’ – PENALTY – Lletget hits the dirt after a suspect tackle from Creavalle. Didn’t look like anything there.

17’ – Giovinco breaks into the right side of the box and threads a beauty nutmeg pass to Findley who nearly got on the end of that at the far post. No dice.

21’ – Scoreline notwithstanding, Toronto isn’t being passive. Defense is a bit suspect, but there’s plenty of forward motion.

24’ – From a throw-in, L.A. attacks with Villareal on the right, pops a too-high cross for Keane but that should’ve been in.

41’ – GOAL – Tic Tac Toe, Ishizaki finds a wide open Husidic to the right who finds an open Keane in front of goal who just taps it in. Damn that was nice.
KEANOS 2, ROBINS 0

44’ – Creavalle hits a looper, finds a sliding Cheyrou who couldn’t get to it and it goes out. They meant well.

59’ – GOAL – Morrow, what are you doing son? An absolute turd of a back pass leaves Konopka hanging out to dry, losing a foot race with Keane who dances around the sprawled keeper, then lightly trots the remaining 15 yards towards goal and pops it in for a hat trick.
KEANOS 3, ROBINS 0

60’ – YELLOW – Zavaleta gets booked for a cheap elbow on Keane

68’ – YELLOW – Delgado gets booked for a shirt tug

75’ – Findley cuts ball into Giovinco who beats his two markers and fires a slow roller, but almost outside of Rowe’s reach.

85’ – YELLOW – Warner hauls down someone

90+2 – Konopka makes a solid save at his left post, denying Ishizaki a late goal

90+4 – GOAL – Lletget takes a short lay off pass from Rodgers and beats Konopka on the right side.
KEANOS 4, ROBINS 0

Man of the Match (that isn’t Giovinco) : I like what Perquis has to contribute to the match, held his ground fairly well, got in the way when he needed to.

Goat of the Game : He did not have a bad game, and usually he’s rather the hero around these parts, but that pass… so un-Morrow like.  It’s Morrow, by the way…

Ref Rating : 4 out of 5. Missed a few, but nothing unforgivable. Fairly even tempered throughout the match

I Am Not The Gaffer But… : I honestly think he didn’t get anything wrong, necessarily. With the unknown quantity that was Jackson and how well he played for the 20 minutes he had out there, Vanney did as best as he could.

In Case You PVR’d It : It wasn’t a bad game, but it wasn’t worth all of your time.  Watch the first two goals, then let it roll from the third onward.

It truly was bizarre. Could be crazy, but it felt that Toronto had the majority of positive ball movement and possession throughout most of the game.  After the substitutes were made, Toronto were still going for it. That impressed me the most in a game where there wasn’t a ton of moments to be impressed by.  This team has historically shit the bed in the late stages being tied, and even winning.  Seeing them still swinging down 3-0 is a psychological masterstroke.  If that’s the only plus gleaned from this match, then so be it.

It was nice to see Lovitz get a run out, Hamilton get a run out, Chapman to get a start.  I know it is at the expense of absentee teammates, but I’ll take it.  Some may say we’re stuck with them, but as a champion of youth and getting that youth proper game experience, I hope they can unearth one of them that’s more ready for prime-time than previously evaluated… Gerrard already looks like he’s SoCal. Probably didn’t fake-and-bake, but it’s much more amusing to think that he did… Findley wasn’t terrible. Far from great and a crazed argument could be put forth for good, but let’s not get ahead of ourselves. He afforded himself with some opportunities, and though his wages don’t match the output (thus still think he should be elsewhere), he did not have a bad game… Baggio Husidic’s first name is actually Adis. Officially naming your kid “Baggio” I believe is still a human rights violation, at least until 2044… Surprised to see LA playing so rough, more pleased to see the ref hand out proper bookings. Is he an MLS regular ref?